Most major altcoins in the likes of Ethereum and XRP have already retraced to 2017 levels. As Bitcoin gears towards a bearish short term trend, investors remain divided on whether altcoins will continue their recovery or begin to see weakened momentum.

In recent weeks, Ethereum, XRP, and other altcoins have demonstrated signs of an extended upside rally, with Ethereum, in particular, maintaining a strong support level at $180.

While technical analysts foresee a pullback for altcoins in the short term, one trader says that the risk to reward ratio for a move up for altcoins is improving, creating a more favorable environment for a rally for Ethereum and XRP. Professional trader “Crypto Michael” said in a tweet:

“Altcoins have fully retraced back to their 2017 and/or 2016 levels. Does that mean that they can go down some more? Yes, however, the R/R with upside potential is getting extremely better from here. Reminder; sentiment switches after price movements, not before.”

Why altcoins like Ethereum and XRP are being resilient

In the past seven days, across major exchanges, the price of Bitcoin fell from over $9,000 to $8,450, by more than six percent against the U.S. dollar.

In the same period, the price of Ethereum and XRP dropped by around three and five percent respectively.

Altcoins have been performing better than bitcoin as of late because major alternative cryptocurrencies have already fallen by nearly 90 percent since the 2018 peak. 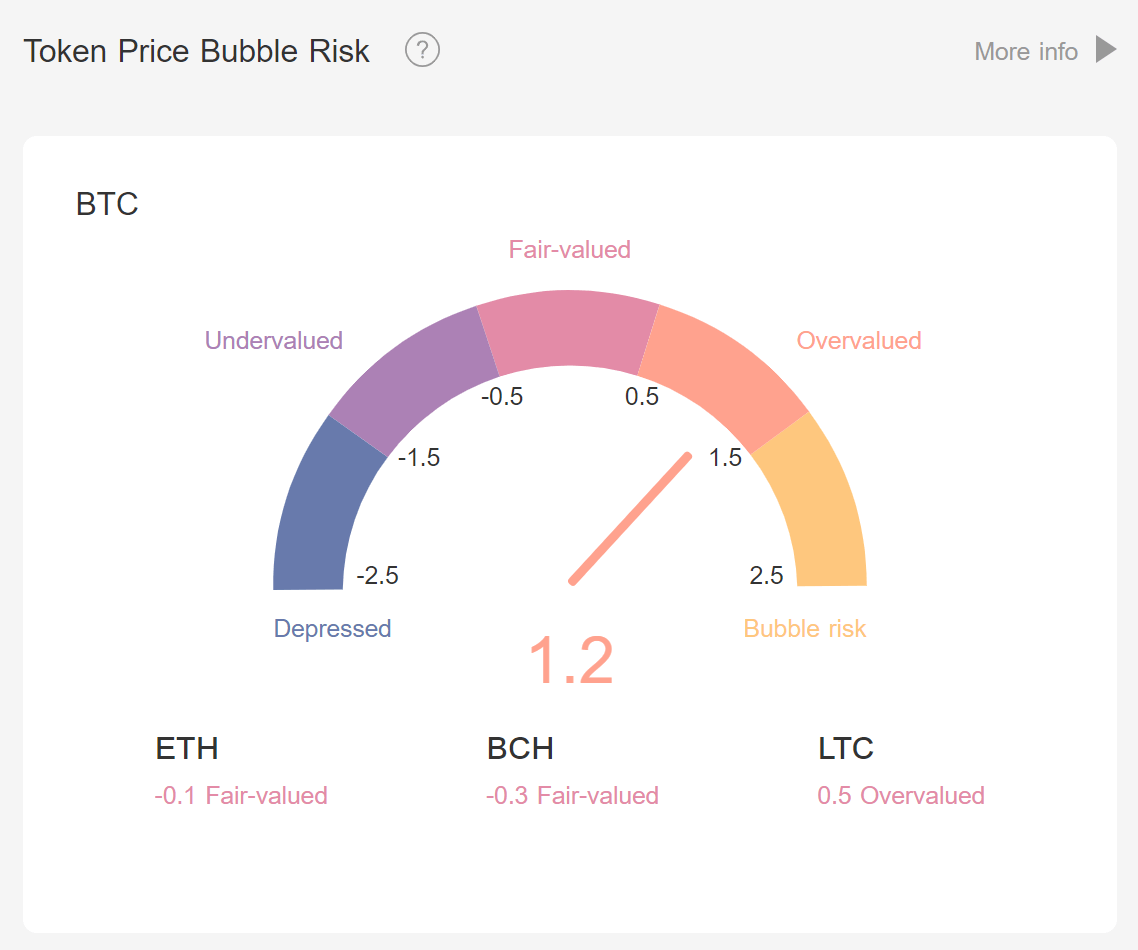 Ethereum is fair-valued based on the token price bubble risk of LongHash (source: longhash.com)

The next several weeks are considered to be a critical period for altcoins as it would decide whether a larger pullback to lower support levels will be tested or the current levels will be solidified as the medium to long term bottom for an extended rally.

According to the Glassnode research team, sentiment around Bitcoin is mixed amongst traders and that BTC is also expected to see a decisive moment.

While traders generally remain optimistic around the performance of altcoins, the amount of deposits to exchanges has declined recently, indicating a lack of appetite for cryptocurrencies at the current price range. The research team said:

“Sentiment is mixed as investors wait for the next big BTC price move. This is a deciding moment as the market moves sideways. NUPL helps investors identify when to take profit (blue) & when to reenter (red). BTC exchange deposits and inflows have continued to decline over the last week, indicating low trading appetite from investors.”

Are cryptocurrencies overvalued at the moment?

Based on the token price bubble risk indicator of LongHash, a Singapore-based incubator, Bitcoin is hovering in the overvalued range at 1.2, with 1.5 and higher being a “bubble risk.”

Ethereum along with other altcoins are in the “fair-valued” range between -0.5 to 0.5, which may indicate that while altcoins are likely to see a deeper pullback as Bitcoin slips, it will see resistance as it moves below key support levels.