I have decided to go all-in on Smart Bitcoin Cash and utilize the tools that SmartBCH offers to start being my bank and enjoy the power that Decentralized Finances bring to those willing to learn and use new tools.

I decided to sell my Potato POTA tokens for MistSwap tokens MIST; I had $3000.00 invested with POTA. Still, I decided to trade because the interest I was gaining was only 40% annualized, and I realized that I could get more by just providing liquidity to the Mist token instead. I didn’t abandon POTA for any other reason than the interest amount, and I know that POTA could appreciate more in price than MIST at the end of the day. Still, since I am using DeFi, I can change my mind at any moment without having to ask for permission. By the time I made the trade, POTA had more liquidity, so I didn’t pay any cost for selling, and I was able to receive the exact value that I put in at the start.

I like the interface of Mist Swap more than BenSwap offers, and that is just my preference. I don’t think an interface should have a significant role when it comes to price. If you hold the Eben token, it wouldn’t be such a bad idea to keep the Mist token, and the same goes for the other way around.

One reason I decided to buy Mist instead of Eben was that the price is lower by token even when Mist has a more significant circulating supply that reason on top that I like better the interface that Mist Swap offers those two reasons where the first and the other reason was that I noticed that Potato was giving me an interest payment on a coin that I was not directly holding, so I decided to just put all of my money into a single token because at the end of the day that was what all other farms were paying. What I am saying is that my third reason for buying Mist is that it is the token I am getting for payment, so I rather have more of it, to begin with.

I am providing liquidity and staking that liquidity to farm because I don’t plan on selling my tokens any time soon, and if I sell some, it will be only the interest and not the principal. I could have double the number of tokens I hold by just buying the entire $7000.00, but I will be missing out on interest and just hoping for a price appreciation, and to do just that, I would instead hold and wait with my BCH.

I am speculating with my $7000 investment, and I don’t know if Mist token will decline in value, but I know some facts. First, not all available BCH is in SmartBCH, and many users are waiting for SHA-GATE to avoid CoinFlex email registration. Because they are waiting for a decentralized bridge, more money is waiting on the sidelines, and wrapped tokens are not available just yet like wrapped Bitcoin and Ethereum, which means more money could come in.

That potential coming in money won’t be parked exclusively on Mist swap or any other token in particular. Still, I know a small amount will, so the probability for mad gains is possible if you hold the correct token when the flood gates get open. 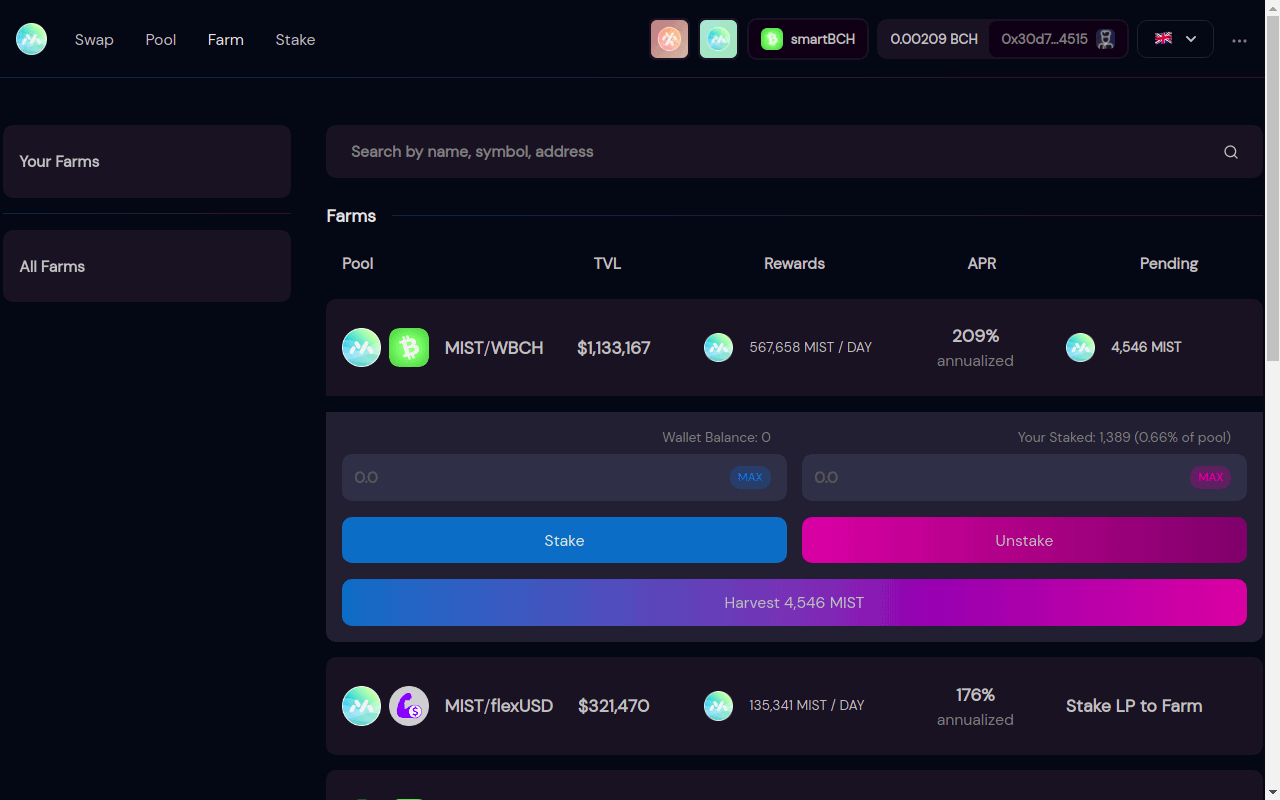