Online resource CoinATMRadar shows that there are currently 6,004 machines installed worldwide, over 65% of which are in the United States.

The United States dwarfs other countries in Bitcoin ATMs

Furthermore, 108 machines have been deployed this month and data also shows that the average daily number of Bitcoin ATMs installed is 11 — the fastest pace this year.

Over three-quarters of the machines installed worldwide are in North America, nearly 20% in Europe and only 2% in Asia. The U.S. is home to 3,924 ATMs, Canada has 653, while the next countries in the top-four are the United Kingdom and Austria with 272 and 189, respectively. 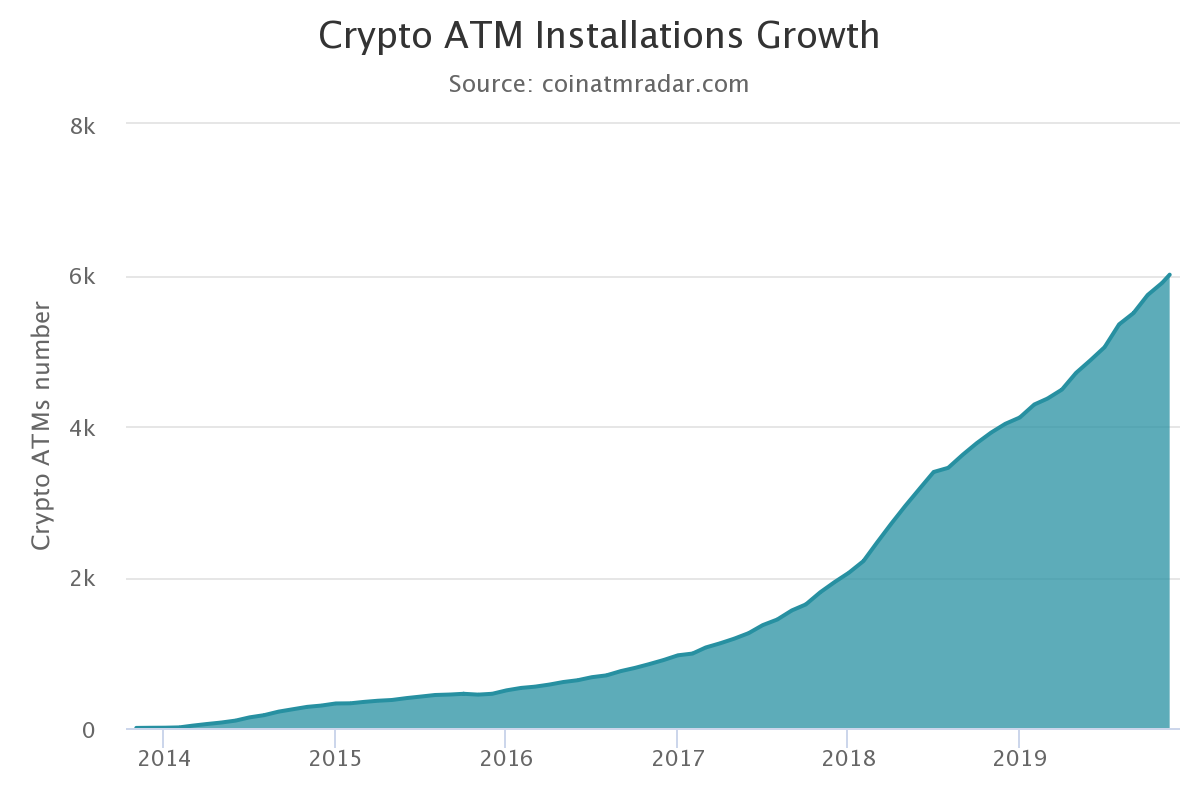 The total number worldwide increased by about 1,000 since June, showing that the industry is seeing significant growth. Bitcoin ATMs, sometimes referred to as BTMs, allow users to buy BTC, while over 35% of machines also have two-way capabilities enabling sell crypto for cash.

In mid-October, one such machine was installed by BTM firm Bitstop at the Miami International Airport. The company’s co-founder and chief strategy officer Doug Carillo claimed that explained that Bitcoin is useful for travelers:

“More and more people prefer to travel with Bitcoin instead of cash for convenience and security. Miami International Airport is a perfect place for our customers to conveniently exchange their dollars for Bitcoin and vice versa when traveling domestically or abroad.”

Still, not everyone seems happy about the growth in the popularity of Bitcoin ATMs, particularly in the United States.

“They’re required to abide by the same Know-Your-Customer, Anti-Money Laundering regulations, and we believe some have varying levels of adherence to those regulations,” said Fort.