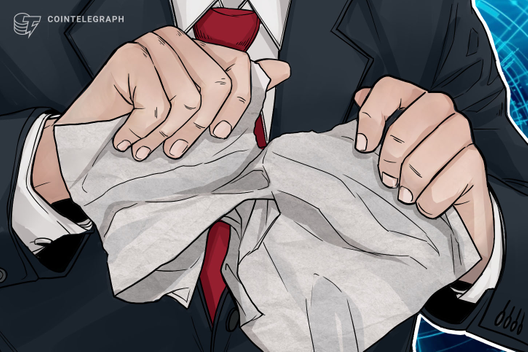 CEO of Lolli Alex Adelman refuted Alibaba’s denial of partnership with Lolli. In an email to Cointelegraph on Nov 17, Adelman maintained that Lolli did have a partnership with the Alibaba Group, saying:

“We’ve been partnered with Alibaba Group since May through AliExpress. We have driven AliExpress significant revenue and distributed bitcoin rewards to our users.”

It was previously reported that Lolli introduced an affiliate partnership with Alibaba enabling its shoppers to earn 5% back in Bitcoin on Singles’ Day.

Subsequently, Alibaba denied any such partnership. A representative from Alibaba told CoinDesk that Lolli “never had the right to claim a partnership with Alibaba.com or imply one with Alibaba Group.”

It is possible that Alibaba reacted so strongly to the suggestion of the partnership after the Singles’ Day marketing campaign got a little too popular, with some outlets equating it with Alibaba accepting Bitcoin. Given the Chinese government’s hostile attitude towards Bitcoin, Alibaba may have been keen to avoid such associations.

Adelman maintains that this was unfair to Lolli. “Lolli and the agency representing Alibaba.com mutually agreed to launch this partnership in conjunction with Singles’ Day,” he told Cointelegraph, adding:

“Alibaba.com trialed our services for 24 hours and decided to deactivate the partnership without cause — breaking its contract […] The agency representing Alibaba.com approved a contractual agreement on behalf of Alibaba.com that included the promotion of Alibaba.com, the use of its brand, email marketing, and sharing on social media and various channels. There was no malintent on our end to misrepresent Alibaba.”

Adelman continued to say that allowing Alibaba to deny the partnership would be “misleading and defames our brand when we did nothing wrong and abided by everything we contractually agreed upon with them.”

He concluded by saying that although there was “miscommunication on Alibaba’s end and while that’s unfortunate, we look forward to the possibility of working with Alibaba.com again in the future.”

Alibaba is not a fan of Bitcoin

The Chinese retail giant has not been friendly to Bitcoin to date. In October, Alibaba’s digital payment arm Alipay reiterated its negative stance toward Bitcoin, confirming that it will be banning all transactions identified as connected to Bitcoin. Alipay wrote:

“If any transactions are identified as being related to bitcoin or other virtual currencies, @Alipay immediately stops the relevant payment services.”