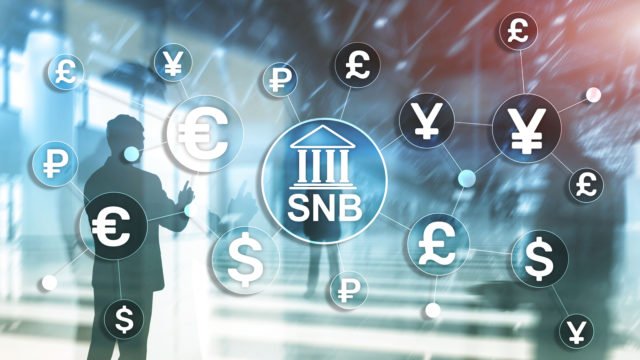 The Swiss National Bank (SNB) has teamed up with the Bank for International Settlements (BIS) and exchange platform SIX Digital Exchange (SDX) to develop a Blockchain-backed digital currency. In a recent press release dated 8th October 2019, Switzerland’s central bank revealed that it had signed a deal with BIS to start an innovation center for the currency project.

In addition to identifying technological trends influencing central banking, the hub will unite innovation experts and enhance the universal financial system by creating public goods. Apart from Switzerland, Singapore and Hong Kong will be the first recipients of the program. In the initial stages, the Swiss hub will handle two projects.

One of them will focus on the incorporation of virtual central bank funds into a distributed ledger technology (DLT) system. The money will be used to settle tokenized assets between funding agencies. Tokens are digital properties that are transferable among users. The project which is a joint effort between SIX and SNB will include a proof of concept (POC).

The second project, on the other hand, will examine the rising demand for central banks to monitor dynamic electronic markets. Aside from technological advancement, the increased requirements are a result of the segmentation and automation of money markets.

SNB board chairperson Thomas Jordan stated that the bank was keen on finance digitization and tech discoveries in its area of influence. He added that the collaboration at the Swiss innovation hub would enhance SNB’s expertise in financial markets and related infrastructure. Additionally, he expressed SNB’s interest to work with other central banks.

BIS boss Agustín Carstens was proud to have one of the three pioneering hubs in Switzerland. According to him, the country which had played host to BIS for close to 90 years was a center for innovation. On top of being competitive, Carstens said Switzerland had an established money market and renowned technology institutions.

In a separate statement, SIX revealed that it was developing a Blockchain-based exchange for crypto asset transactions such as issuance, custody, trade and settlement. Within its proof of concept, the company would offer its system to explore the possibilities of introducing electronic central bank funds into DLT networks. Such options include distributing virtual Swiss francs to market participants and linking the “Swiss Inter-bank Clearing” structure. The platform hopes to reduce the long lead times characteristic of securities trading. This is possible by decreasing the number of middlemen and improving the infrastructure. Similarly, the exchange will minimize counterparty threats and encourage value creation in the industry.

According to SIX executive Jos Dijsselhof, his group supported efforts by BIS and SNB to explore emerging financial technologies. He added that SIX was excited about participating in SNB’s initiative to offer token-based monetary solutions through digital central bank cash systems for the industry.

The group’s Securities and Exchanges boss Thomas Zeeb defined innovation as breaking new ground. According to him, this is what the “SIX Digital Exchange” and “Swiss Financial Center” sought to achieve. He also acknowledged BIS’ and SNB’s contribution to the project. Furthermore, Zeeb said the company’s concept of the use of electronic central bank funds on DLT platforms would create technological awareness and promote DLT and digital properties.

The Future of National Digital Currencies

Several central banks are considering public virtual coins. For starters, China is about to develop a digital yuan. Likewise, the Bank of England (BoE) chairperson Mark Carney wants a digital substitute for the dollar anchor currency. Carney argues that the currency would balance monetary systems and prevent trade wars. Not forgetting Germany which recently unveiled a Blockchain strategy blocking the distribution of parallel currencies. In addition, Philadelphia Fed head Patrick Harker declared the issuance of cryptocurrency by central banks an inevitable occurrence. Even so, he urged the United States to refrain from embracing national digital coins seeing the technology had not properly developed.

But not everyone supports the electronic cash. Russia, for instance, is skeptical about the money. The country’s central bank boss Elvira Nabiullina stated that national electronic coins were not necessarily beneficial. She added that it was difficult to gauge the national virtual currency’s benefits against the present electronic cashless payments. Nabiullina questioned society’s readiness to let go of cash.