A few hours ago, a Redditor u/CryptosRUs published a post saying that the Litecoin chain is undergoing no development at the moment. Nor there is any ongoing development of Confidential Transactions. 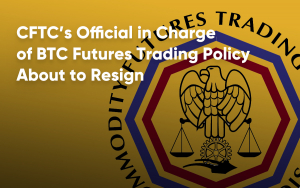 Litecoin seems to be in stagnation, Charlie Lee admits


The Redditor gives a link to his original YouTube video in which he proves, going through media publications, that no development on Litecoin has been done for a while already. He also claims having seen a ‘leaked chat’ in a semi-secret conversation on Telegram in which Lee speaks of lack of any work on Litecoin at the moment.


Further the Redditor writes that when the director of Litecoin Foundation Franklyn (assumingly, that is Franklyn Richards) asked Charlie Lee about this video, if it is true or not, Lee’s answer was ‘yes’.


On his Twitter page, the Redditor posted a screenshot of that conversation between Lee and Richards in the Telegram group. The Redditor also notes that later on he was kicked out of the chat room.


In case anyone thinks the LTC chat was fake, check out the Litecoin Telegram channel where someone asked Charlie about my video and he says it’s true. Then I get kicked out. pic.twitter.com/LPVbbYoRIm


Both on Reddit and Twitter, the community seemed not to be surprised by the news. Some pointed out that adoption and marketing are not enough for LTC without a proper development.


Others pointed out that the LTC code was initially copied from Bitcoin.


Among the positive things that have been announced for Litecoin recently was the recent LTC halving. It brought down miners’ rewards from 24 LTC per block to 12.5 LTC. The hashrate did not go down contrary to Charlie Lee’s expectations. So far, the halving has not impacted the LTC price much.


Also, the other day, one of the three LTC Foundation directors, Xinxi Wang, announced that Litecoin has been officially called means of payment by the International Monetary Fund (IMF).


Litecoin has been declared as a payment token officially by IMF: https://t.co/5MdCTmtR6l#Litecoin #LTC pic.twitter.com/UBSDnYflc3

However, since he cited a report issued in October last year, the reaction of the Litecoin community was rather skeptical.