China’s state channel, CCTV released an investigative report on the state of Bitcoin (BTC) and crypto in the country on Nov. 18. According to translated tweets from Dovey Wan, Founding partner at Primitive Capital, the report warned citizens against investing in these “unregulated securities” terming them a “financial fraud and an illegal Ponzi scheme”.

The Chinese government has been in the news lately regarding issues blockchain and cryptocurrency. In October, the Chinese premier, Xi Jinping, gave a hearty embracing speech on blockchain setting the market ablaze as Bitcoin (BTC) crossed $10K. Later in the month, the top political party, China’s People’s Party (CPP) announced plans to start the integration of blockchain across government agencies in a bid to support the speech made by their leader.

The latest government entity to take a stand for blockchain is the official state news channel, CCTV, who ran a controversial investigative report on blockchain and cryptocurrencies on Nov. 18. While the report sided with blockchain, the sentiments on crypto were not all that positive.

In a thread of tweets, whereby Dovey highlighted the main points of the investigative report, (“Focus Report”), “blockchain not crypto” was the main backbone of the report. The report further goes on highlighting the evils of cryptocurrencies without specifically aiming at a particular coin.

This is the ultimate highlight from this episode of 焦点访谈 (focus report) https://t.co/NwChJG4Udb

The good thing tho, it does not call out Bitcoin specifically as part of the “fraudulent cryptocurrency” pic.twitter.com/er1eIlAo01

Furthermore the narrator of the report, goes on to make fun of the explosive ICOs, IEOs and other capital raising techniques in the blockchain space comparing them to broken ATM machines.

China has consistently made statements on the possibility of launching a digital currency and integrating blockchain technology to its systems. Notwithstanding, the government recently removed BTC mining from a list of things it was set to ban. However, the overall feel from the government is an acceptance of the technology but a denial of crypto.

And down the road a nationalization of related cryptocurrency infrastructure is inevitable (asic, mining, trading)

According to a rough translation, Xi said this on cryptocurrencies,

“Even though these [cryptocurrencies] seem to be lively and vibrant today, tomorrow they may all be on the list (of crime).” 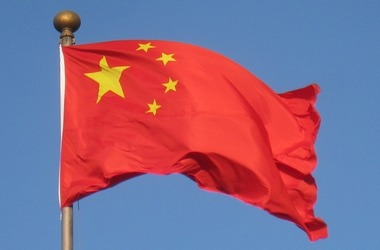 China has no intention of Embracing Any Public Blockchain: report

China’s state channel, CCTV released an investigative report on the state of Bitcoin (BTC) and crypto in the country on Nov. 18.