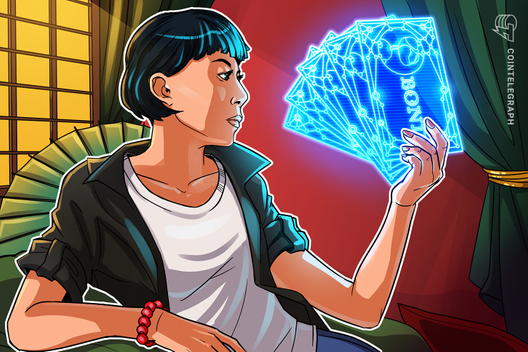 The Bank of China has recently issued 20 billion Chinese yuan ($2.8 billion) of special bonds, which it has sold in order to fund small and micro-enterprise businesses, according to the China Development Network.

However, these bonds weren’t issued the standard way, piquing the interest of market participants the world over. Instead, theChinese central bank used blockchain to organize the affair, which could be seen as a surprise when one considers China’s stance on the decentralized technology.

China’s self-developed blockchain issuance system was put on display for the first time and it will handle the administration and tracking of these two-year bonds with a coupon rate of 3.25%.

Though the use of blockchain and other notable features of the issuance contrasts with China’s past stance, it may align well with its recently revealed strategy and may have other important implications as well. For all it implies, the act was not uncharacteristic of China if one considers the trends that have played out since the country’s crypto blackout in 2017. China is coming into its own where blockchain is concerned, and its quick pivot toward ledger technology is hardly a bombshell.

For the past few years, blockchain and cryptocurrency innovations have been stifled in China to a degree that matches the country’s zero-tolerance playbook. In 2017, the country banned Bitcoin (BTC) and then shuttered exchanges, which had precedent and was meant to quell capital flight. But then it shut down all potential initial coin offerings — leaving very little for blockchain enthusiasts to look forward to. It seemed that cryptocurrency was dead in the country until just earlier this year.

Related: Crypto Will Eventually Replace Fiat, but How Soon and Where?

2019 revealed China’s past opposition to cryptocurrency as timely hesitance and a potentially savvy multi-year deliberation in front of the official rollout of its state-controlled blockchain and cryptocurrency system. At least that’s what it now looks like.

China’s ban on blockchain systems now seems that it had little to do with ideology and was more about control. This is a safe guess considering that in terms of both blockchain and cryptocurrency, this year saw China launch both the blockchain bond issuance system and its seminal Central Bank-issued cryptocurrency (CBDC).

The pronouncement of CBDC proves this hypothesis correct and shows that China has never truly shunned decentralized technology, just outwardly. The bond issuance on a blockchain is the second consecutive clue in this favor, with the system making use only of blockchain’s superior data-tracking capabilities and not anything that can be considered speculative — just like with a national digital currency. Blockchain does for bonds what a national stablecoin does for fiat: cost-efficiency while leaving the riskier aspects of crypto at the door.

Blockchain is about control

Viewed through this lens, the blockchain bond system isn’t surprising so much as it is expected. Lin Le, the CEO of Energy Blockchain Labs of IBM, told COintelegraph:

“Both bond issuance and duration management are needed to control information and capital with proper supervision. Recording issuance on blockchain could help information transparency and undue exposure. With the help of digital currency, cash flows shall be under surveillance by smart contracts which could tie into this system. Hence, that the bond system will work with digital currency is under the market’s expectation.”

Other countries’ progress in blockchain bonds lends further credence to expectations of China’s embrace of similar advancements. Japan was the first to issue bonds on a blockchain and denominated in Bitcoin, with Fisco’s 2017 issuance.Even the World Bank has issued blockchain bonds via its Bond-i system in cooperation with RBC Capital Markets, TD Securities and the Commonwealth Bank of Australia. Other internal trends also indicate that the bond system newly employed by China will change shape.

One factor is the amount of the issuance, which is sure to grow from a meager $2.8 billion, and the other is eventual support for the CBDC. On paper, it seems as though the melding of the national digital currency into the blockchain bond issuance system would be ideal.

The Central Bank of China could use the ledger to track interest payments in cryptocurrency and then pay interest directly in its yuan stable coin. On the other hand, institutions and retail investors could use the CBDC to buy the bonds without going through a broker.

“Right now, using blockchain to issue bonds can streamline the procedures of approval and lower the cost of issuance and thus improve the efficiency in issuance,” said Arthurine Xiang, the CMO of blockchain infrastructure firm Quarkchain, told Cointelegraph, adding that:

“In the future, one would first treat blockchain as an accounting tool such that the issuance will become more efficient with lots of additional functionality. Of course, the benefits of blockchain do not stop there. With the use of smart contracts, users can pay and receive interests automatically. All in all, using blockchain allows bonds to be traded more easily and will improve the level of automation during the whole issuance process.”

This may be where China’s nascent blockchain ecosystem is headed, and the relatively small issuance in 2019 is merely an indication that the technology is in its experimental early stages. According to Xiang, “it is just a trial of small scale, which is very normal.” Xiang believes that such a test will likely be thoroughly evaluated, continuing:

“If the administration thinks the risks are tolerable and the public perception leans favorable towards the new process, then it would continue to issue this kind of bond and increase the scale of issuance.”

As issuances get larger and eventually tie into the state cryptocurrency system, China’s mobilization of blockchain takes on a distinctly centralized theme. This is a common thread in multiple organizations both public and private, as the benefits of blockchain are extracted from decentralized ecosystems and appropriated in the hands of government or large institutions.

The fact that it’s happening in China is a part of the course, but it’s still exciting to see given the timeline and what’s occurred on it in recent memory. However, the outcome may not be what most are expecting a blockchain-powered system to produce: a centralized and controlled system.