The general sentiment among the traditional financial markets is at extremely high levels of greed, according to the Fear and Greed Index. At the same time, the chart suggests mostly fearful feelings among the cryptocurrency market, but could those emotions be an indicator of a trend reversal?

Greed Sentiment In The Stock Market

The Fear and Greed index is a popular monitoring resource that calculates various types of data to provide investors’ current sentiments towards financial instruments. It ranges from 0 to 100, respectively, extreme fear or extreme greed.

According to CNN, the dominant sentiment within investors in the traditional financial market points strongly to extreme greed, with the number being at 92 as of yesterday. The report shows that most stocks have been hitting new yearly highs and largely outnumber other stocks that have reached lows.

Moreover, the popular stock market index, the S&P 500 is well above the 125-day moving average, which has happened very rarely over the last two years. The report also informs that stocks have outperformed bonds in the previous 20 trading days by 4.89%, which represents their strongest performance over the last two years. Investing in stocks is generally accepted as riskier than in bonds, which also raises the extreme greed index in this manner.

Overall, it concludes that the market’s trend is heading to “greed” lately, as a month ago it was at 69. Interestingly enough, the index showed extreme fear a year ago when the S&P 500 was at its lowest point since May 2017 at $2,350. Since then, the stock market index has grown with 37% in just a year to the current level of $3,225. This leads to the question of whether or not too much fear or greed could be regarded as a sign of a potential trend reversal. 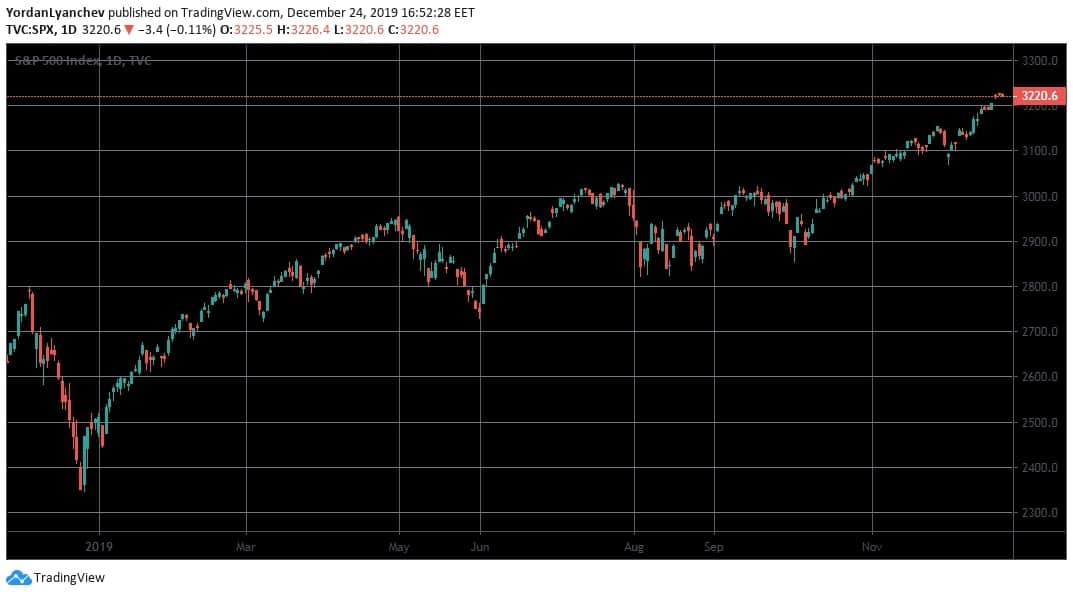 The cryptocurrency market usually doesn’t follow the traditional ones, and the Fear and Greed index is no different. Bitcoin stands on the other side now at 25, which suggests extreme fear.

However, as Cryptopotato reported recently, not so long ago, the number was even lower but proved once again that it’s not an adequate price indicator. It showed that the market tends to move in the opposite way of most expectations.

At the time, Bitcoin’s price was at around $6,600, and fear was spreading across the crypto community. Within the next few days, however, it jumped to around $7,500.