Marketers Bet NFTs Can be More than Just Publicity Stunts (WSJ): What do American Eagle, McDonald’s, and Charmin all have in common? They’re all issuing NFTs, as marketers look to jump on the bandwagon.

Investor Takeaway: Most of these NFTs will not be worth anything in the future, but the smart investor buys the NFT platform (that’s Ethereum, which continues to set new all-time highs). 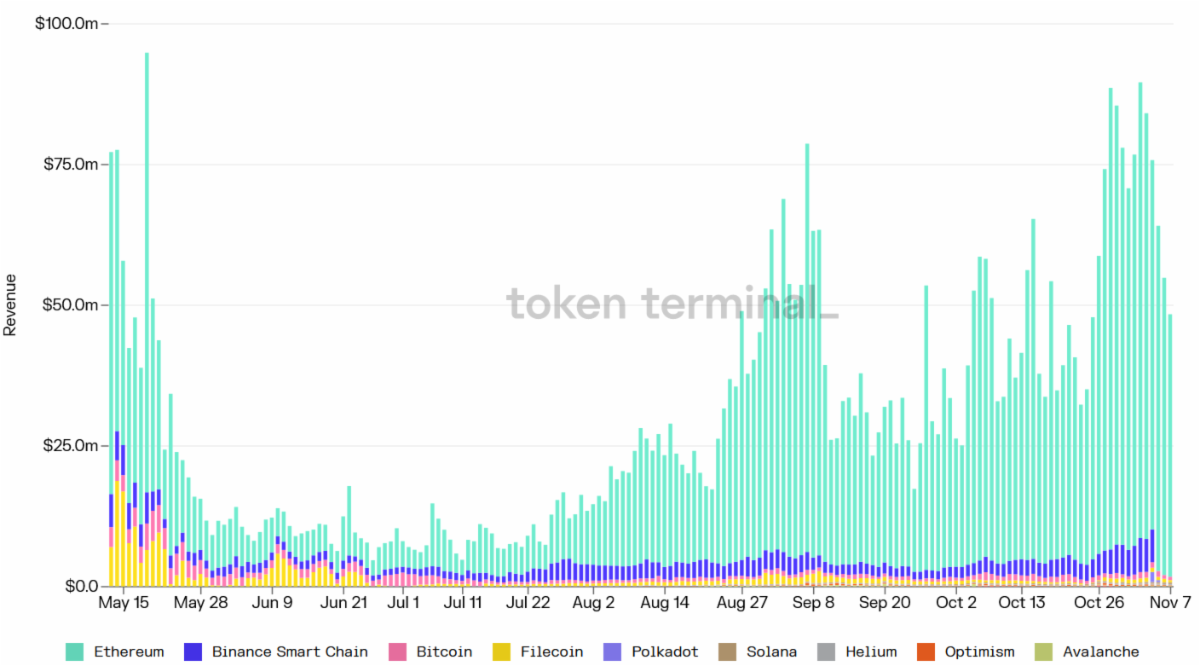 Buy low, sell high. It’s practically the only way to make money from speculating on financial assets, unless you’re the creator of said assets, in which case it’s just a matter of when and how you sell.

The world’s richest person, Elon Musk, caused quite a stir over the weekend by putting out the following twitter poll and follow up tweets. 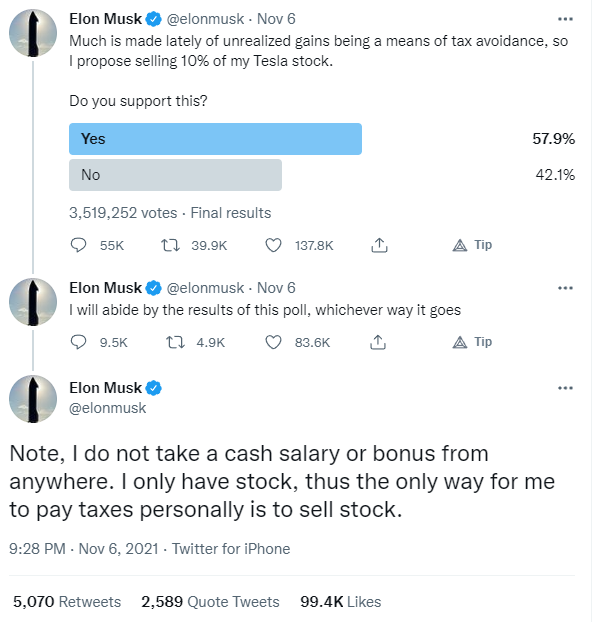 For many, the whole incident instantly brought back memories of the time Charlie Lee, the creator of Litecoin, sold his entire stash of the digital currency just at the crest of the 2017 bull run.

Even though the move was likely made with the best intentions, and much of it was even donated rather than sold on the market, Lee still feels the effect of this decision today.

“I have a lot of haters,” he told me when I met with him at the Litecoin Summit in Las Vegas 2019. How could he have possibly known that he was selling at the top?

As we understand from his words, Lee’s decision was extremely well-intentioned, since he was not drawing a salary and he didn’t want to have a conflict of interest by being overly invested in the project. Sound familiar?

Musk, however, is really begging the question. … Is paying taxes an altruistic notion?

On Friday, it was reported that Tesla’s market capitalization is greater than all 21 energy companies in the S&P 500.

Valuations don’t get much richer than that. So, no matter what the reason, Musk is making the trade of his life.

There’s an old saying in the venture capital (VC) world that people shouldn’t bet against Musk, but in this case, he is clearly betting against himself, and possibly the rest of the market as well.

For now, investors seem quite content to dismiss the Federal Reserve’s efforts to reduce stimulus and even more content to pour more money into a stock market that is somewhat overvalued by historic measures.

Tesla shares on the Nasdaq are up 15,715% since the start of 2013, so a pullback here wouldn’t exactly be surprising.

To be fair though, even this explosive growth looks flat next to that of bitcoin. 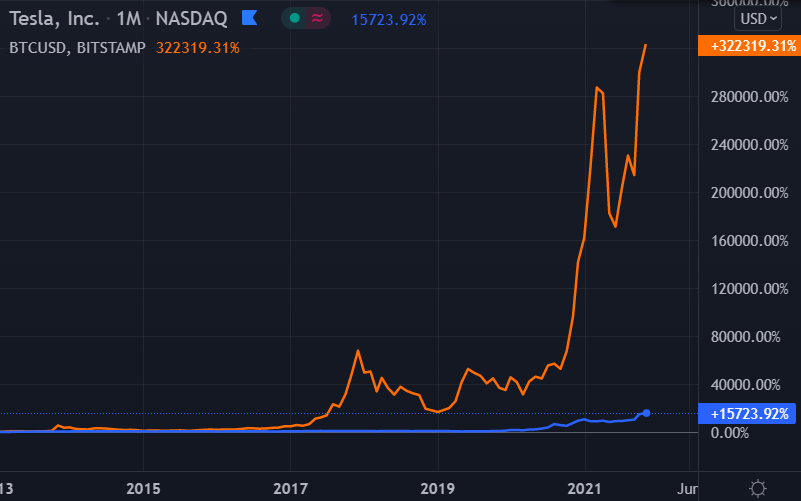 This is the exact subject that analyst Evamarie Augustine wrote about in her latest research piece.

Truly, I don’t intend to give any spoilers, so you’ll need to read the article for yourself at this link.

As someone who has spent most of the last few years accumulating bitcoin, I’ve actually been more focused on gradually paying off my previous debt with the traditional bank so that I can close my account there. It really is a horrible bank. 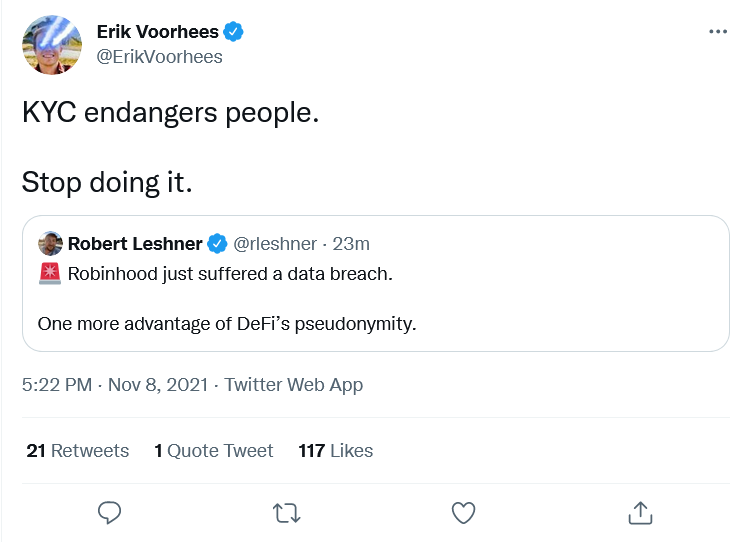 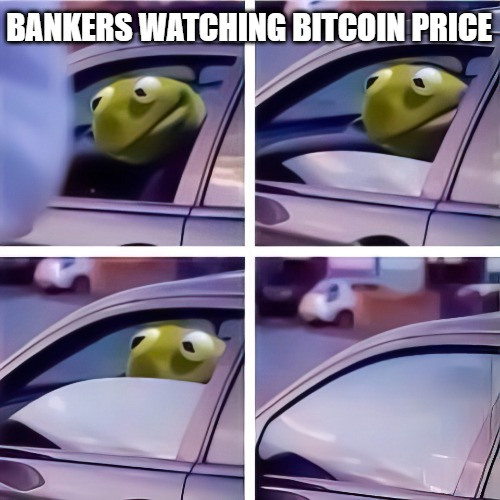 It’s never too late … unless you’re a bank.
(Click to spread this meme.)