After another sell-off earlier today, crypto markets have continued to fall, with Bitcoin (BTC) briefly dropping below the $8,200 threshold.

At the time of writing, 19 out of the top 20 coins by market cap are seeing significant losses. Texos (XTZ), the 17th altcoin by market cap, is resisting the bearish movement, still trading up around 1% over the past 24 hours at press time, according to Coin360. 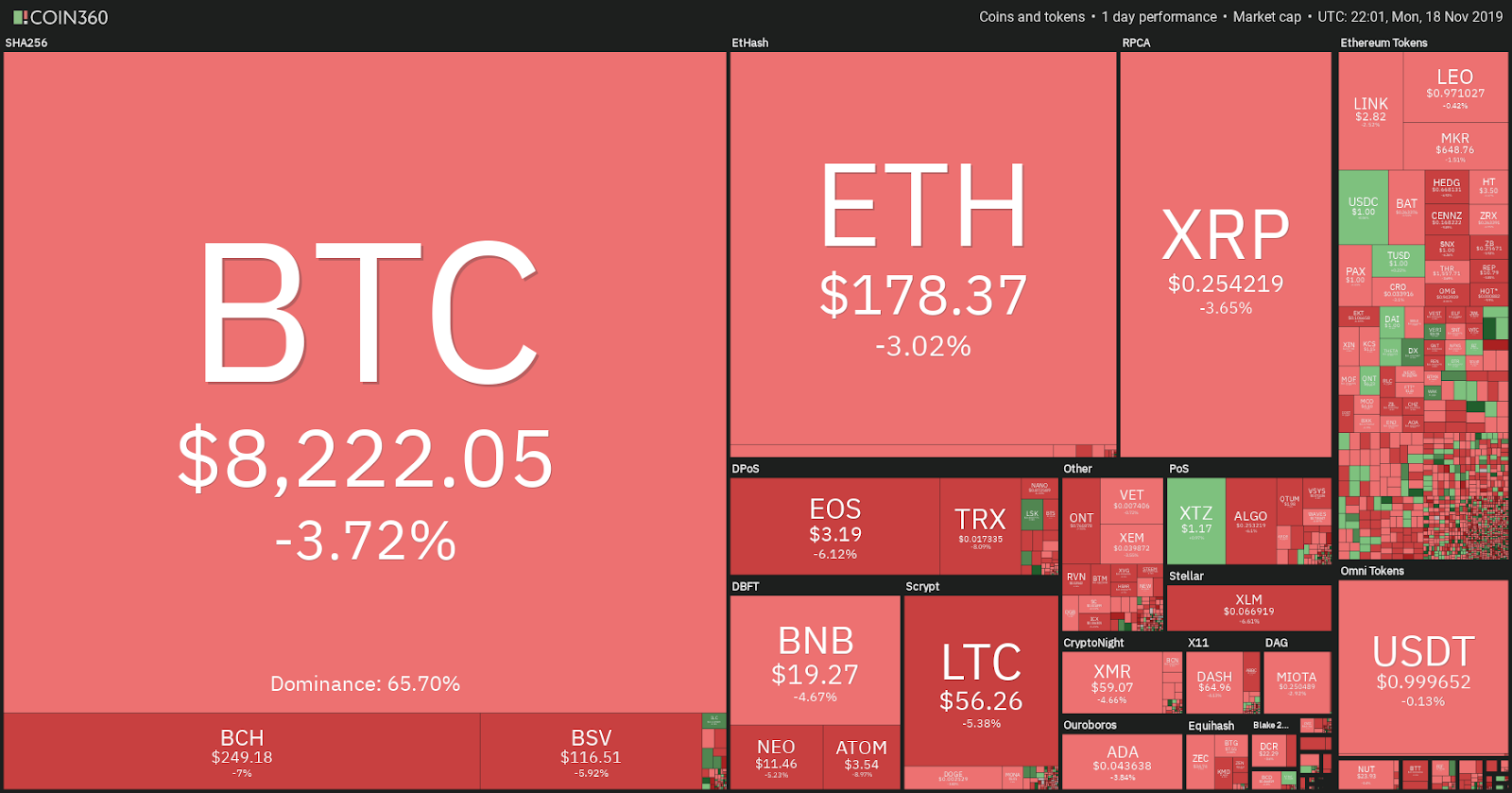 After Bitcoin failed to reclaim $8,500 earlier today, its price has only continued to fall, dropping to as low as $8,104 per coin earlier on the day. At press time, Bitcoin has attempted a modest recovery and is trading at $8,215, down 4% over the past 24 hours.

New downturn to open up the potential for Bitcoin to return to $7,400

While Bitcoin is seeing a significant drop over the past seven days, down more than 5%, the major cryptocurrency is almost flat over the past 30 days at press time.

The fresh decline in the market is considered by some analysts to expose Bitcoin to a potential return to $7,400, as Cointelegraph reported today.

In contrast, other analysts suggested that Bitcoin’s recent trading into a falling wedge is typically a bullish pattern that has a success rate of breaking to the upside in around 68% of cases.

Last week, the CEO and co-founder of Distributed Lab claimed that Bitcoin price could “crash to zero” in the event of mass adoption by institutions.

Ether (ETH), the second-largest cryptocurrency by market cap, is trading down 3.5% at $178. The top altcoin is seeing a similar percentage loss over the past seven days at press time.

Total market capitalization amounts to $225 billion as of press time, as recorded by Coin360.

While industry experts are arguing about the near future of Bitcoin’s price, Fundstrat’s Tom Lee has recently reaffirmed his $25,000 prediction by 2022, claiming that such growth is “quite easy to achieve.”