The Maker Foundation is introducing a new security proposal after a well-known software engineer revealed that a malicious actor with enough Maker (MKR) could steal all of the collateral in MakerDAO, taking with him over $340 million.

The art of the heist

In a recent Medium post, freelance developer Micah Zoltu revealed that anyone with approximately 80,000 MKR could wipe out all of the collateral in MakerDAO. This includes DAI and SAI, as well as all the assets in other integrated systems, such as Compound and Uniswap. The hacker could potentially walk out with over $340 million.

Zoltu disclosed that Multi-Collateral Dai (MCD) was supposed to launch with security features to prevent bad actors from disrupting the system. However, the Maker Foundation failed to implement more stringent safeguards.

The lack of protocols regarding emergency shutdowns and governance delays allows malicious actors to steal all of the collateral in MarkerDao. And, defenders would have 0 seconds to defend the system against the attack.

“An attacker could do the following: acquire 80,000 MKR through whatever means possible. Create an executive contract that is programmed to transfer all collateral from Maker to you. Immediately (in the same transaction) vote on the contract. Immediately (in the same transaction) activate the contract. [And,] ride off into the sunset with 340M USD worth of ETH,” explained Zoltu.

A few hours after Zoltu published the infamous article, MakerDAO released an official statement claiming that measures would be taken to fix this loophole.

The firm introduced the Governance Security Module (GSM) into the core protocol. GSM increases the governance delays from 0 to 24 hours. This allows MKR holders to have enough time to review executive contracts before they are deployed.

“The GSM is designed to give the MKR token holders a chance to review any changes that will go into the system and act accordingly if those changes are deemed to be malicious,” reads the announcement.

Despite the flaw that Zoltu found in MakerDAO’s protocol, it seems like the team acted quickly. Thus far, no attacks have been reported.  The same can be seen in the price of Maker, which was not affected by the news.

Get our daily newsletter containing the top blockchain stories and crypto analysis straight to your inbox. 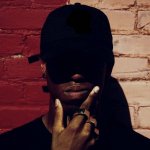 After Ali began forex trading in 2012 In 2014, he came across Bitcoin’s whitepaper and was so fascinated by the idea of a decentralized, borderless, and censorship-resistant currency that he started buying Bitcoin. By 2015, he started traveling to spread the word about Bitcoin.

Commitment to Transparency: The author of this article is invested and/or has an interest in one or more assets discussed in this post. CryptoSlate does not endorse any project or asset that may be mentioned or linked to in this article. Please take that into consideration when evaluating the content within this article.

Disclaimer: Our writers’ opinions are solely their own and do not reflect the opinion of CryptoSlate. None of the information you read on CryptoSlate should be taken as investment advice, nor does CryptoSlate endorse any project that may be mentioned or linked to in this article. Buying and trading cryptocurrencies should be considered a high-risk activity. Please do your own due diligence before taking any action related to content within this article. Finally, CryptoSlate takes no responsibility should you lose money trading cryptocurrencies.