Saw a photo of a screenshot I took and uploaded to Facebook 8 years ago, the address in the picture was this https://www.blockchain.com/btc/address/19ScMXCyxoL1igxuw2LqRCtfdZb5WdQGJC and turns out that wallet still have some coins!

The screenshot came from Bitcoin from Android, or so I believe:

Today I was able to access an old KeePass password database and I still have backups of some wallets in there: 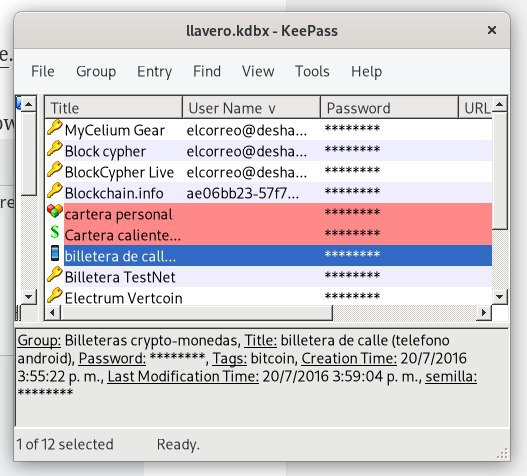 I successfully restored the one called “Cartera personal” (in red), sadly is in 0.

But I’m having troubles restoring the other waller, the one which, I believe, has some funds left and is related to the address I linked above: “billetera de calle (telefono android)”. I already have the seed store in KeePass, and despite following the restoration process with Electrum I see no transactions, like it was a new Bitcoin wallet.

I’m 100% sure that one wallet is the one in the screenshot, then, what am I doing wrong?

EDIT: from this Android wallet some transactions were sent and turns out the address were from an exchange to an account I still control, it only have less than a dollar tho.