The Bitcoin bounce off technical support may embolden crypto bulls

Bitcoin, the largest cryptocurrency, is holding above key technical levels amid more volatility induced by the omicron virus strain. The token fell as much as 4.1% Tuesday and was at about $56,350 as of 7:47 a.m. in London. The drop came as global markets were roiled by concerns about the efficacy of current vaccines and the time needed for new shots. The asset is so far anchored by support

An area defined by Bitcoin’s 100-day moving average and the Ichimoku cloud — a popular study in technical analysis — acted as a support for the token during its recent swoons. The same phenomenon was apparent in September, kick-starting a surge to a record high. As a result, Bitcoin bulls might take confidence from the latest pattern.

Open-interest data for options expiring at year-end suggest investors see a Bitcoin floor around $48,000 and a ceiling at roughly $64,000. A significant number of puts at strikes of $48,000 to $50,000 suggest the sellers of those contracts see that as a base. Likewise, calls at strikes of $60,000 and $64,000 signal an expected ceiling from the sellers of those contracts. 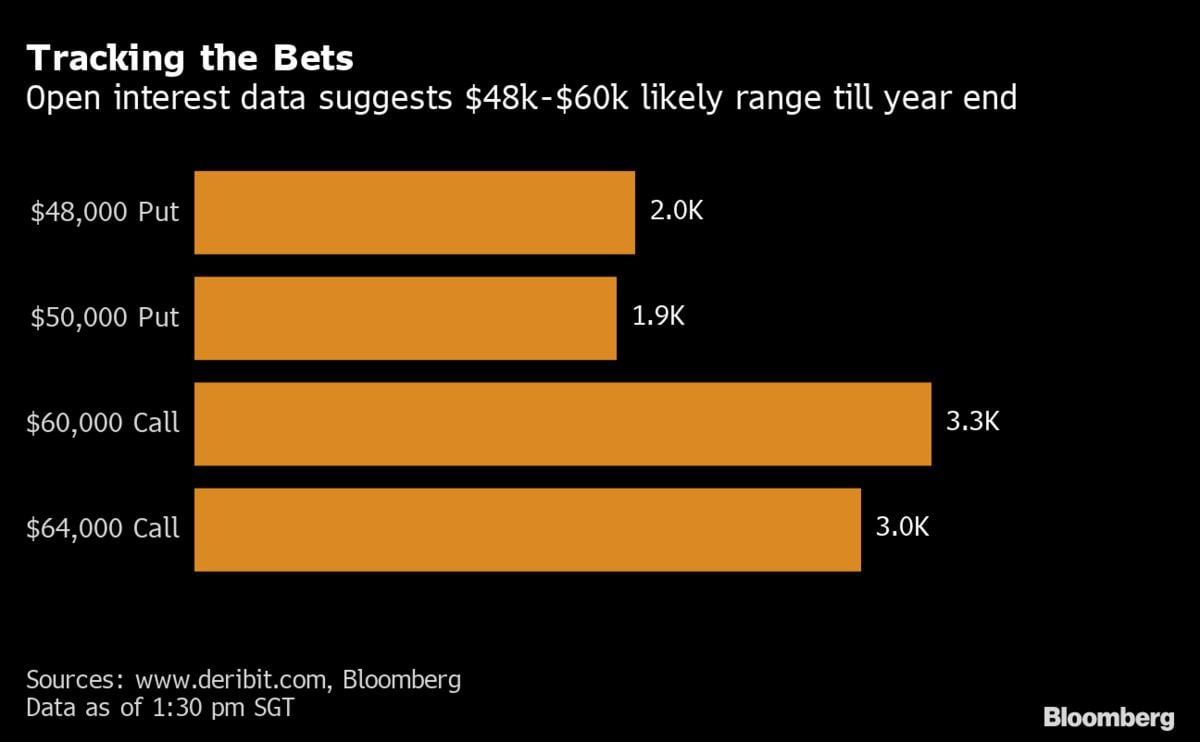 As ever with such a volatile asset, there are also technical patterns that suggest reasons for circumspection. A measure of Bitcoin’s realized volatility has been climbing with its price — a combination that could be taken to point to fragility in the recent push higher. 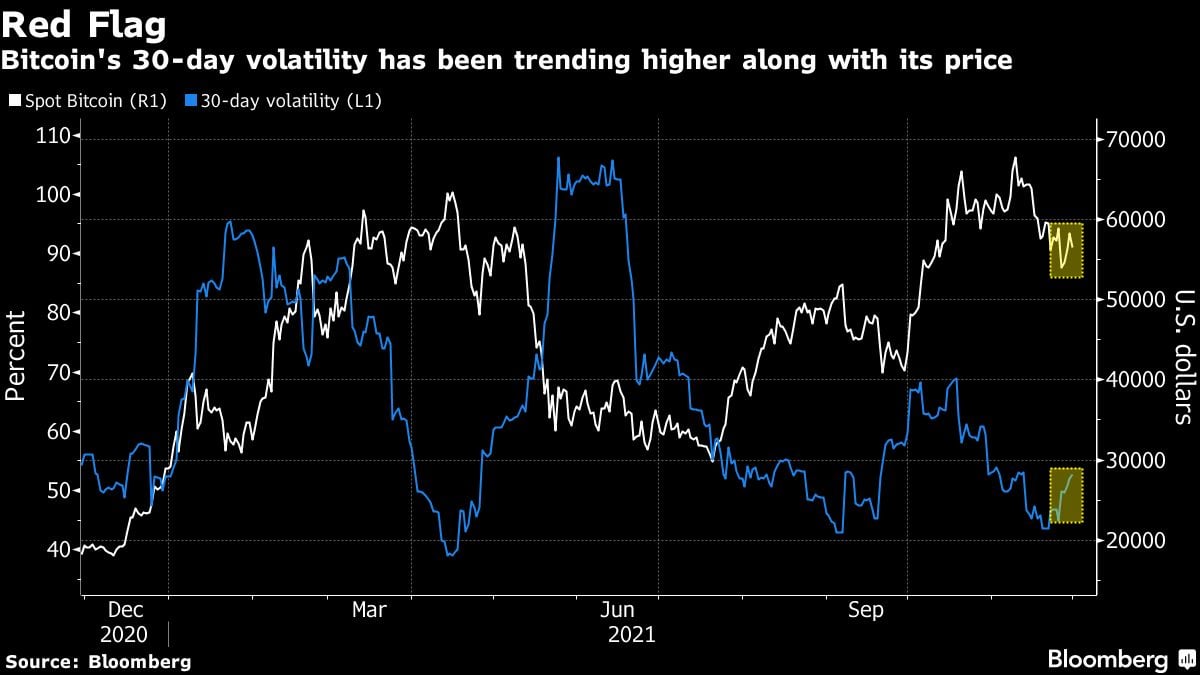