Over the years, the iGaming industry has gained quite the reputation; and with its rapidly evolving ecosystem being latently influenced by the emergence of technologies such as the blockchain, the growth potential looks almost limitless. However, the industry is still being plagued by entities that limit gaming experience – a subject the DAOBet platform is wholly devoted to redefining with its newly-launched blockchain.

DAOBet, an iGaming 3.0 blockchain layer, aims to maximize the opportunities available in the online gaming industry. For the Singapore-based blockchain startup, this would require quite a few transitions. One of its major transitions involves moving its tokenized asset framework from the Ethereum blockchain network to its own custom-built blockchain. This move will allow value creators within its ecosystem – to include operators, players, affiliates and game developers to enjoy a frictionless experience while interacting with the DAOBet platform.

Features of the New Blockchain

Blockchain technology, though a revolutionary concept, still has variable disruptive impacts. And with scalability serving as a central theme, many blockchain platforms are in a race to develop the ultimate robust infrastructure. The DAOBet Blockchain promises to solve many of the long-standing performance bottlenecks plaguing the decentralized gaming industry such as low-speed transactions and slow loading, high network fees, which all contribute to weak throughput.

DAOBet’s new blockchain will feature a throughput of about 3,000 transactions per second and a latency as low as 1 second. With as many as 100 decentralized node validators, deterministic block finality will be achieved through sequential block confirmation among the majority of the node operators, thereby circumventing congestion on the network.

The DAOBet blockchain will also allow its value creators to mount new games with a host of tools available at their disposal.

The DAOBet token swap involves the migration of BET token from Ethereum to a native DAOBet blockchain network, which is a tweaked version of the EOS blockchain. The new BET token framework will render the ERC-20 version incompatible on the new blockchain, and hence the DAOBet developers are urging all current BET token holders to head over to the DAOWallet to migrate to the new token standard.

Follow these steps to proceed with the BET Token Swap:

Once the mainnet is fully operational, the BET tokens will find expression on the DAOBet platform essentially as a utility token to create, or host games on the platform. They can also be used to place bets while gaming.

The new BET token can be stored in a custom web wallet – the DAOWallet. The DAOWallet can be used to manage crypto assets. It currently supports BTC, ETH, BET (DAOBet) and BET (ERC-20). Users can buy, sell or exchange the supported assets. The DAOWallet also acts as a payment gateway for game developers, operators, and affiliates, and more advanced blockchain users can leverage the BET staking feature and earn up to 16% of the annualized supply. 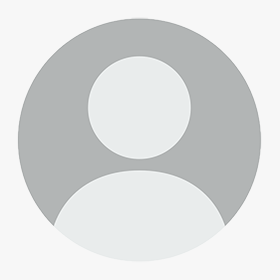