Coinbase backed MATIC token, one of the popular IEO on the Binance Launchpad, faced an excruciating 24 hrs. The token has plunged 70% following an inaccurate claim from Samuel JJ Gosling, founder of a cryptocurrency evaluation platform, Validity.

Samuel in his tweet claimed that Matic Network has transferred 1,495,322,715 $MATIC (15% of the supply) in the last 50 days. He further claimed that the Binance platform might liquidate these tokens. The tweet created a great uproar in the crypto community. Many of the MATIC token holders panicked and the cycle of trading continued. It was likely only one trader (or small group) orchestrated the FUD storm. Sandeep Nailwal, Co-founder and COO of the company reacted to this scenario claiming that

“A number of big traders panicked, causing a cycle. Going to be a tough call on how much an exchange should interfere with people’s trading,”

The uproar or FUD got to such an extreme extent that Binance Co-Founder Changpeng Zhao had to intervene and take the investigation into his hand.

However, a profound explanation came from one of the users, Eric who researches mainly about Ethereum noted that actual movement was only 3%. The firm moved about ~290,000,000 MATIC to Binance NOT 1,495,322,715.

It’s disgraceful that people take random tweets as gospel in an attempt to destroy a project (@maticnetwork in this case).

Following this, even CEO Sandeep replied to Samuel that “You didn’t do an analysis. 1.4bn tokens you quoted, 1.08 bn txn is a transfer from smart contract lockup account to foundation account. You counted it in the total movement of tokens. Rest moved tokens are as communicated. The screenshot is also misleading.” This scenario compelled Samuel to apologize for the social media platform.

After a great deal of tug-of-war, it seems that the crypto community has created a mountain out of a mole. However, the damage is already been done. Looking at the MATIC graph of the last 24hrs, the price plunged down by 70% in the early hours of Tuesday. The TOKEN has managed to gain momentum and is currently trading at $0.020145 USD with -51.17%. 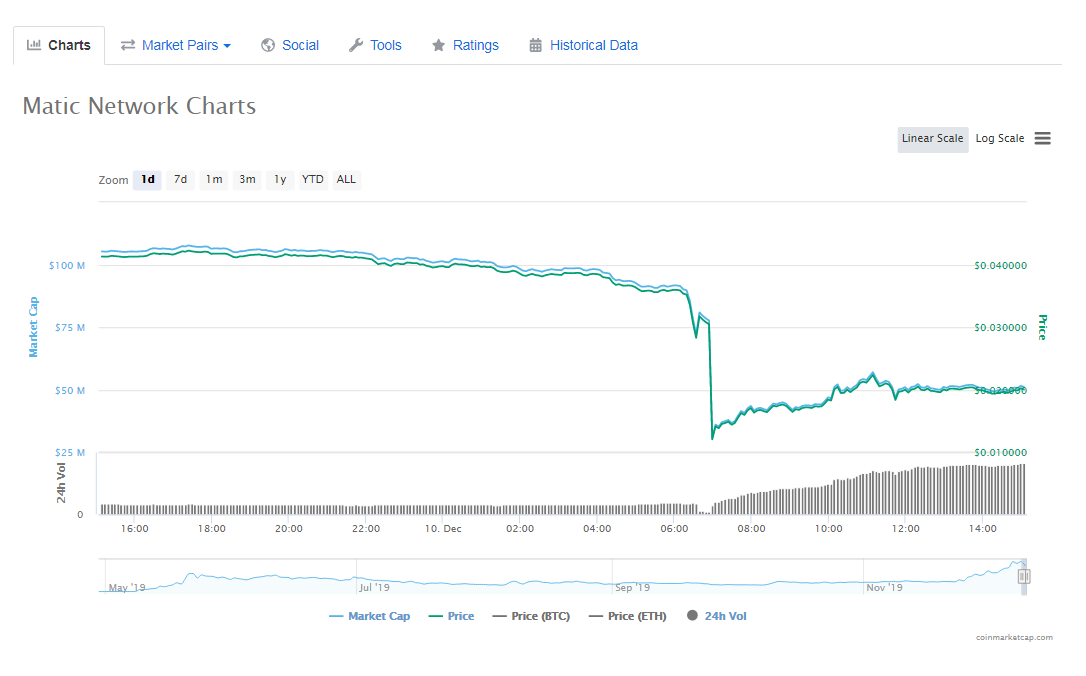 “Matic had NO role to play in all this.

For token movement, We announced the release of ~0.25% (248mn) tokens as Oct unlock, which coincides with aggregated outward movement.

MATIC will bounce back stronger than ever!”