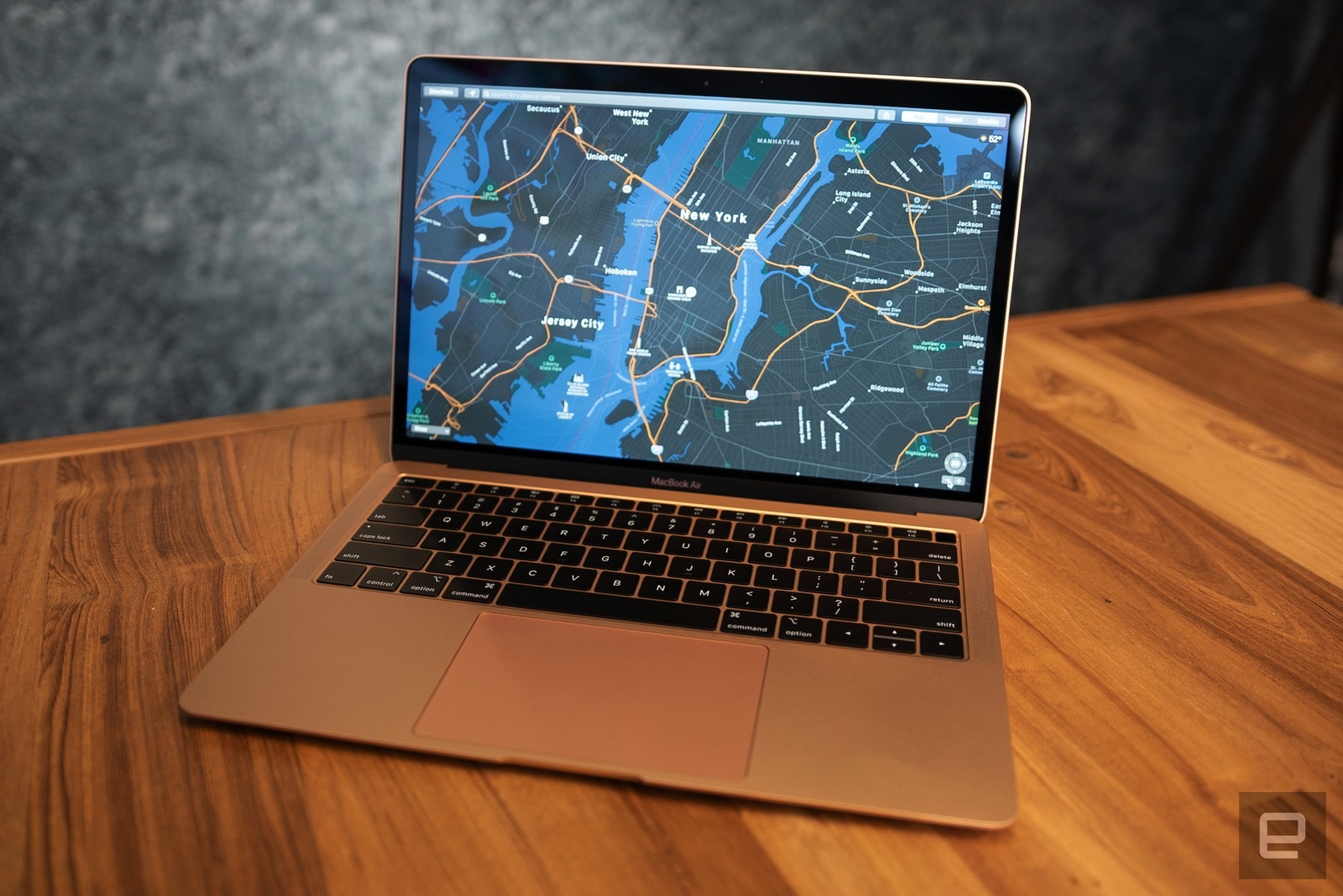 Vlad’s review is both a comprehensive and realistic look at the pros and cons of the laptop, includes plenty of examples of his personal experience using the Air and has a helpful breakdown of scores for each aspect of the laptop.

The performance of the 2018 Macbook Air is a mixed bag. On paper, although it seems underwhelming, the custom Intel chips optimized for short bursts of activity suggest that the laptop would perform well in everyday tasks, and for the most part it does so well. Problems arise for users who like to have several apps open, or are hoarders with many browser tabs. App performance may degrade noticeably in such circumstances, but it varies from app to app. The biggest problem with performance is switching between desktops. The transition animation drags on so slowly that the only way to make it bearable is to disable them entirely in Settings (under Accessibility). Overall, performance is adequate.

As for features, MacOS continues to shine and compare very favourably with Windows in most domains. Key are ease of use, compatibility with apps and hardware, and a stellar backup system that can restore your entire system to exactly how it was. Speed & features: 8/10 (Performance alone is a 7/10). 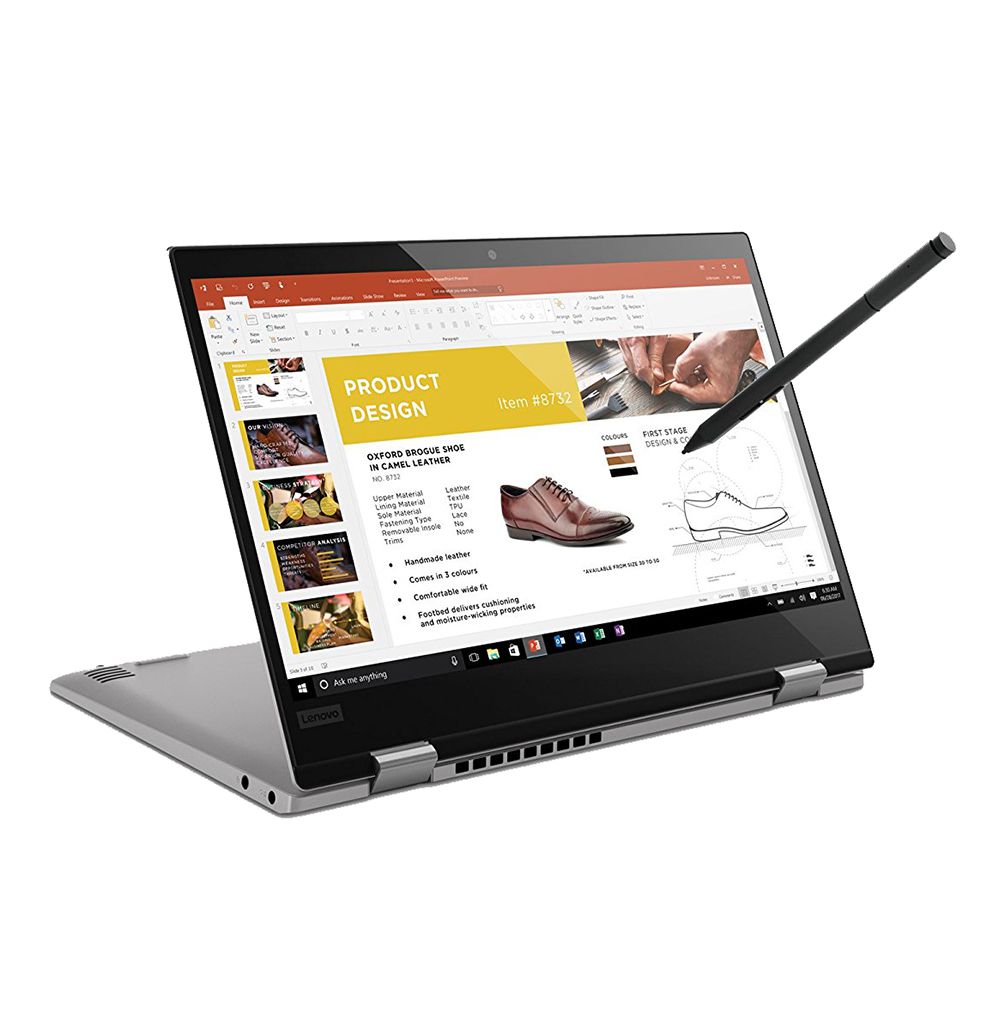 Not every good review is a positive one! Here, Scribbler demonstrates why an owner’s point of view is so important by detailing some noteworthy issues with the build of their laptop, some thermal throttling and the touchscreen.

The Lenovo Yoga 720 13-inch has a lot to love on paper. It has a fast quad-core 8th generation processor (some models had older 7th gen CPUs), plenty of memory (8 or 16GB) and fast solid state storage using an NVME SSD. It put all those great spec points into a sub-3 pound 2-in-1 form factor with a beautiful 1080p display with touch and pen input and a large precision touchpad.

My first impressions of the machine were good. It has handsome looks, though the aluminum casing is not particularly exciting. However upon closer inspection, I noticed that the build tolerances were not very high. Uneven panel gaps exist between the bottom plate and the rest of the frame and between the LCD glass and casing. Even brand new, some uneven cuts can be seen along the beveled edges of the laptop, and some have been known to arrive from the factory with scratches in the aluminum. On top of these issues, the lid on my unit does not align with the base when closed. On my laptop it sticks out to the right about three millimeters. 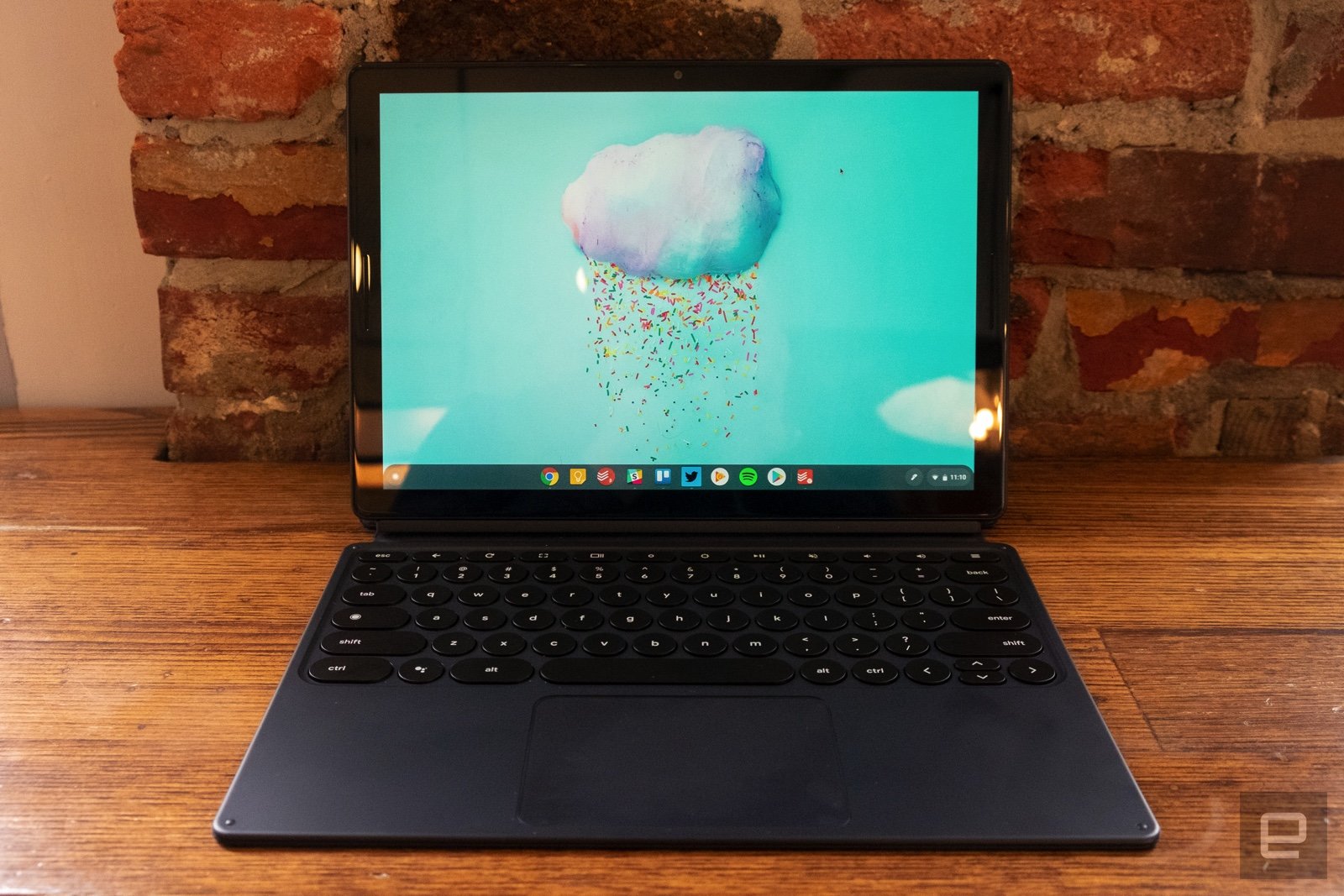 A lot of folks disagreed with our review and score of this tablet. However, Shirko wasn’t one of them. A long-time Google fan, they didn’t hold back when detailing the ways in which the tablet disappointed with both its hardware and software — and awarded the device a painfully low score of 30.

Engadget is asking for a “fan’s opinion.” Seeing as my main device is a Pixel 3 (and Pixel 2 and OG before that), and I bought two different variants of the Slate (m3 and i5), as well as having pretty much bought into most of Google’s software ecosystem, I would consider myself a “fan.” That still doesn’t stop me from recognizing all of Google’s problems and issues, which I am very passionate about. After all, I want the devices I use to work as good as possible; excusing shortcomings is helping no one. The fact that this is essentially my hobby, and I have the privilege of owning and testing many different units in these segments, allows me to have a somewhat qualified opinion as well.

Too big. If you want it to be used both as a tablet and a laptop, don’t make the damn thing 12″+. It’s even bigger than my Surface Pro. 10-10.5″ is the sweet spot here. I don’t have problems with 10″ on a Surface Go, which I have tested; I certainly wouldn’t on the even more simplistic Chrome OS. Not to mention that the few Android apps that have tablet support, are scaled for 8-10″.

QC issues, of which buzzing speakers is a major one. This is not an anomaly, but rather a recurrent behavior by Google, who continuously sell these expensive (Pixel phones, Pixel buds, etc) units, with way too many widespread QC issues. The speakers not only buzz, but also completely change the way they sound in the higher volumes, which is weird. This is simply bad engineering and bad quality control. 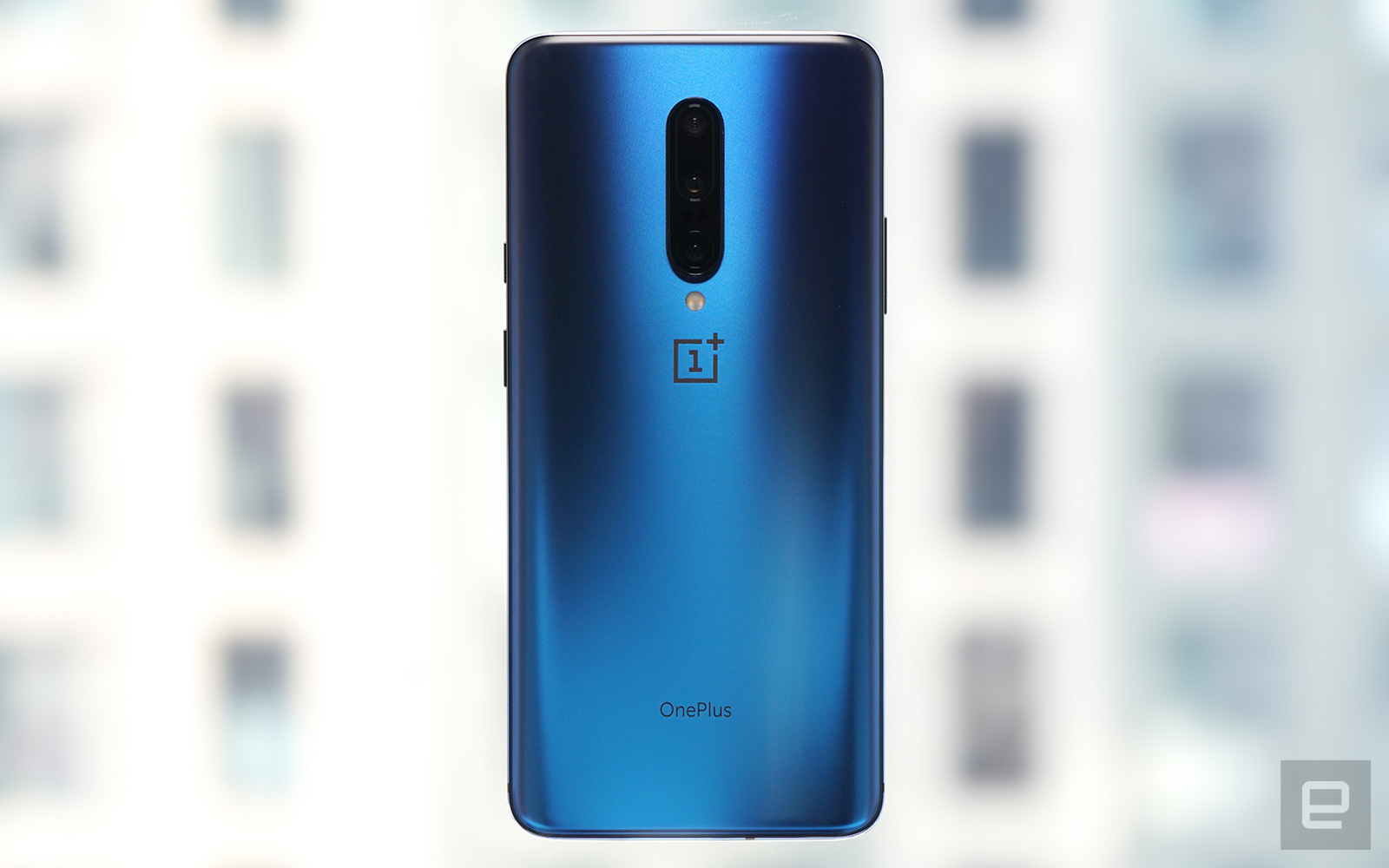 Yitz takes the time to break down and counter various criticisms of the OnePlus 6T from the camera to the software. They support their argument with both personal day-to-day experience and tech knowledge to explain why this handset deserves a perfect score of 100.

As a 6T user, I will address the points of critique: 1) I leave the adapter that came with the phone on my headphones. I only use my headphones and when I do, it is very infrequently. In reality, there have not been many situations where I needed to plug an auxiliary cord into my phone (considering my car has Bluetooth).

2) the fingerprint scanner is significantly faster than [the] Samsung S10, and is shown to unlock faster than some iPhones with fingerprint readers (which also fail to work with wet fingers). It seems, the alternatives are not much better. Secondly, after some muscle memory you will be able to place your finger on the right spot just as fast as a fingerprint reader.

You know who loves his robot vacuum? Lougan. In this review he shares the ways his iRobot i7 impressed him, with multiple examples about how the product performs in his household (including a memorable tale about a cat hairball).

I’ve had a Roomba 770 in the past. It was ok. Completely unpredictable. I felt like it cleaned by luck, bouncing off things until it cleaned something. I wanted something that cleans SMART. Because of that, I purchased a Roomba i7 and named it Billy. I didn’t get the i7+ because it was the same robot, and I’m not lazy. I want to take part in the cleaning of my house. I can empty a bin, right? Well, yes. Turns out I can empty a bin.

Billy is AMAZING. We have cats, and it still blows my mind how much it picks up every day. He runs every night at 10pm, which is my cue to go to bed, and it cleans the whole bottom floor of the house. It’s [a] mix of mostly hardwood and linoleum, with two area rugs, one that’s medium pile and one that’s low. It cleans everything beautifully. With the room mapping feature, I was even able to map areas right in front of the litter box, so it actually cleans that 2 additional times a day… 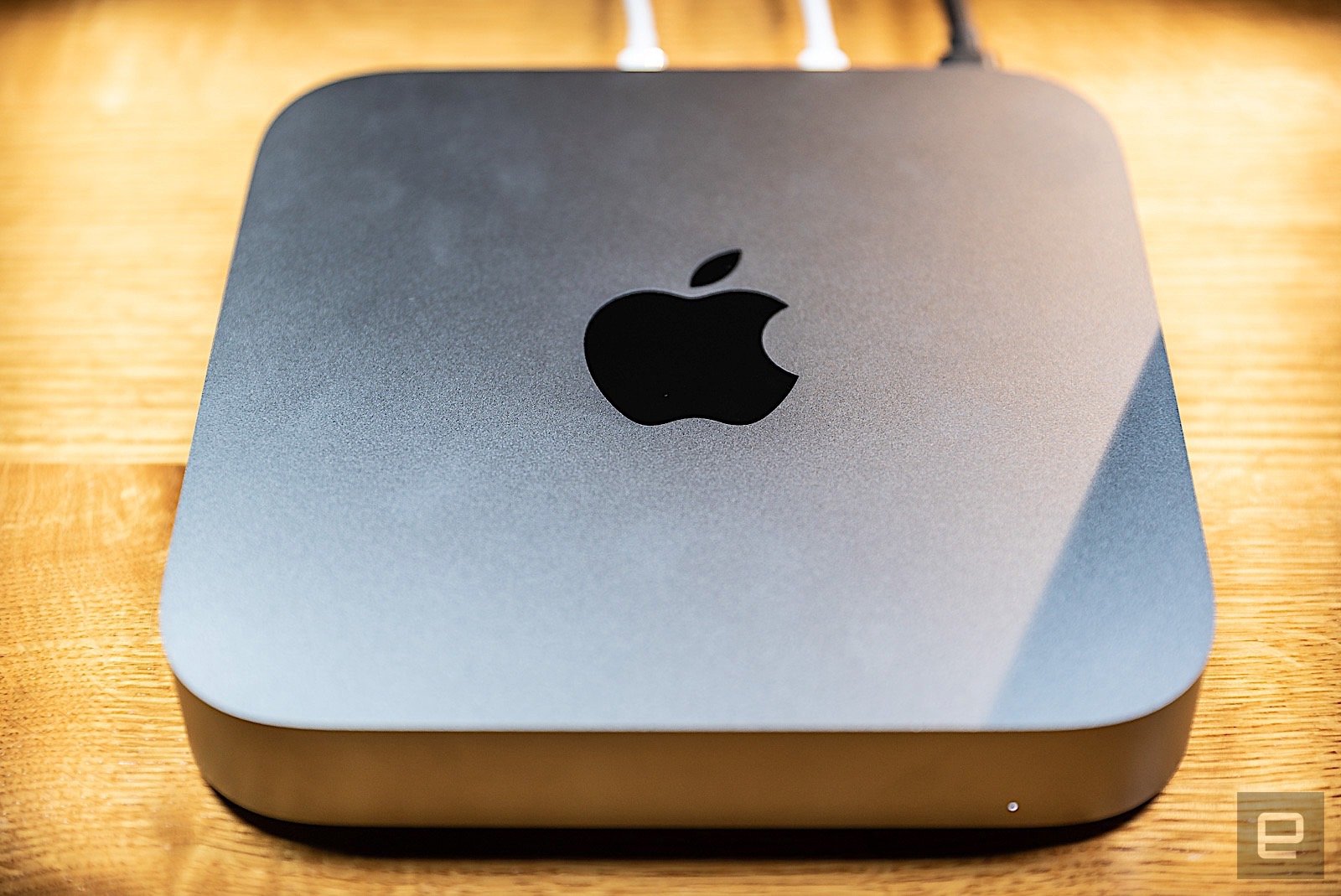 A ‘power user,’ James provides a lot of examples of the ways the small-form factor machine is perfect for his needs — without ignoring the compromises and trade-offs that are present.

My review differs a bit in that my Mac Mini is nearly spec’d out, w/ the i7, 64GB ram, 10Gbps [ethernet], and 1TB SSD, which I purchased as “refurbished” for only ~$2500 (compared to the original price of ~$3500+ if I remember correctly when it debuted). I’m a software engineer. I wanted the extra cores and memory to run multiple virtual machines and/or containers without having to worry about resources. I also own a spec’d out 2018 MacBook Pro 13″, but felt constrained at times with my development needs, trying to squeeze everything into memory at once.

The fact the new MacMini uses a desktop class CPU (prior generations used mobile processors) which in turn allowed it to support 64GB of ram (you can thank Intel for that restriction on their current gen of mobile processors) made this model a massive upgrade over not only my MacBook Pro but also prior generations of Minis. I won’t go into details, but I will say it’s both noticeably faster than my MacBook Pro, and it’s faster while simultaneously doing more things at the same time… 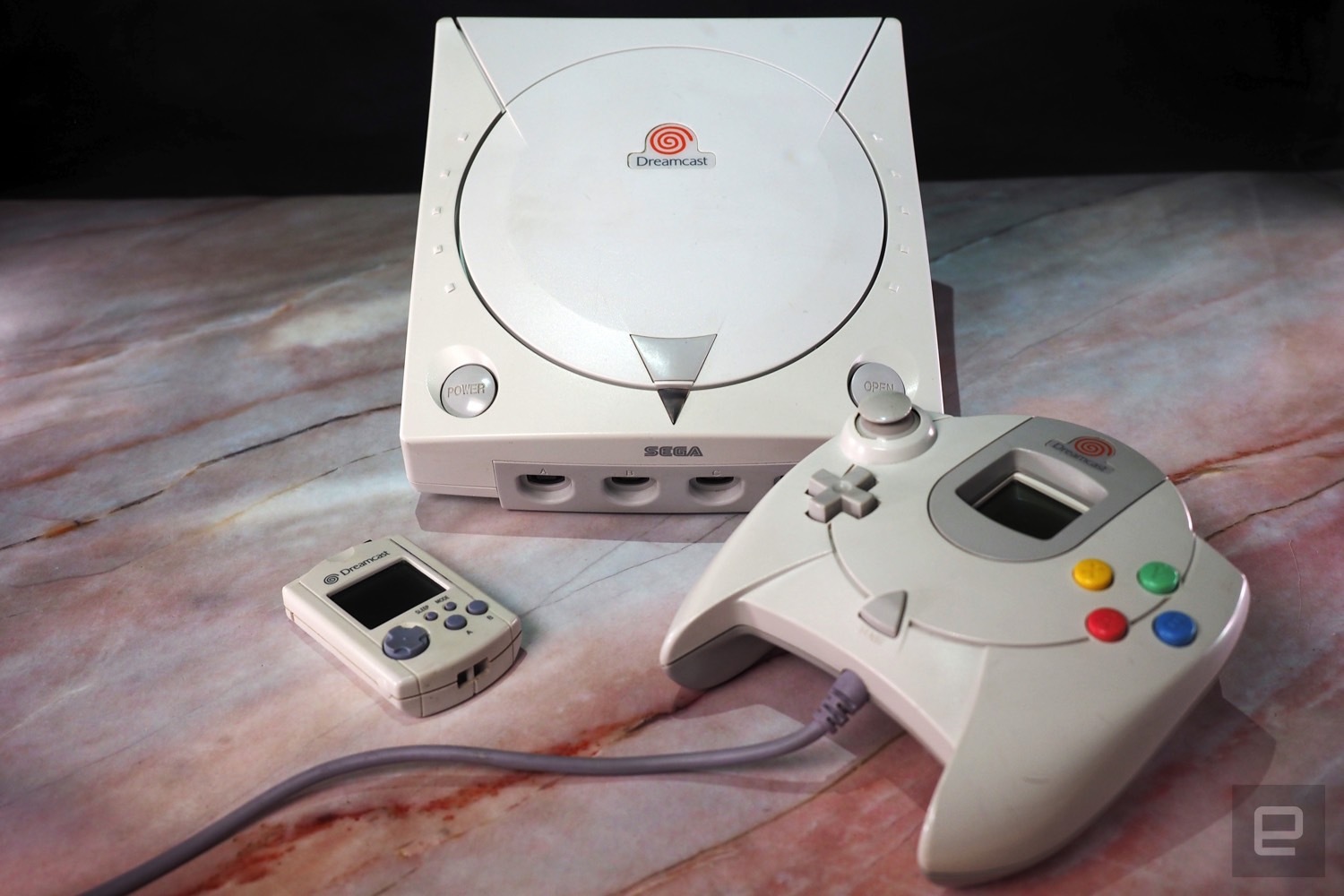 Michael does a great job mixing nostalgia, tech knowledge and detail in his review (which was heavily featured in our user review roundup article for the product as well). I was also particularly charmed by his closing line!

One does not simply review the Dreamcast because you didn’t use the console, you had a relationship with this grey box of wonder. I’ll never forget the articles in magazines heralding its coming, the bleeding-edge graphics, descriptions of “a home arcade experience” backed up with actual ports of games that consumed my quarters — and this spiral-symboled machine could replace them all for one massive investment of $200.

That was the first time I ever saved for something. I hoarded my miniscule allowance and would jump at any odd-job for my parents to put another buck away. My friends and elementary school classmates continued to hold true to their Sony and Nintendo allegiances and left me as the lone sega-weirdo. At long last, after brokering a deal with my parents to cover half of the console so I could afford a game and a second controller, I received a concession of “OK this is really cool” from a Nintendo acolyte after a blazing session of Capcom’s revolutionary fighting game Powerstone — it was worth the hype. 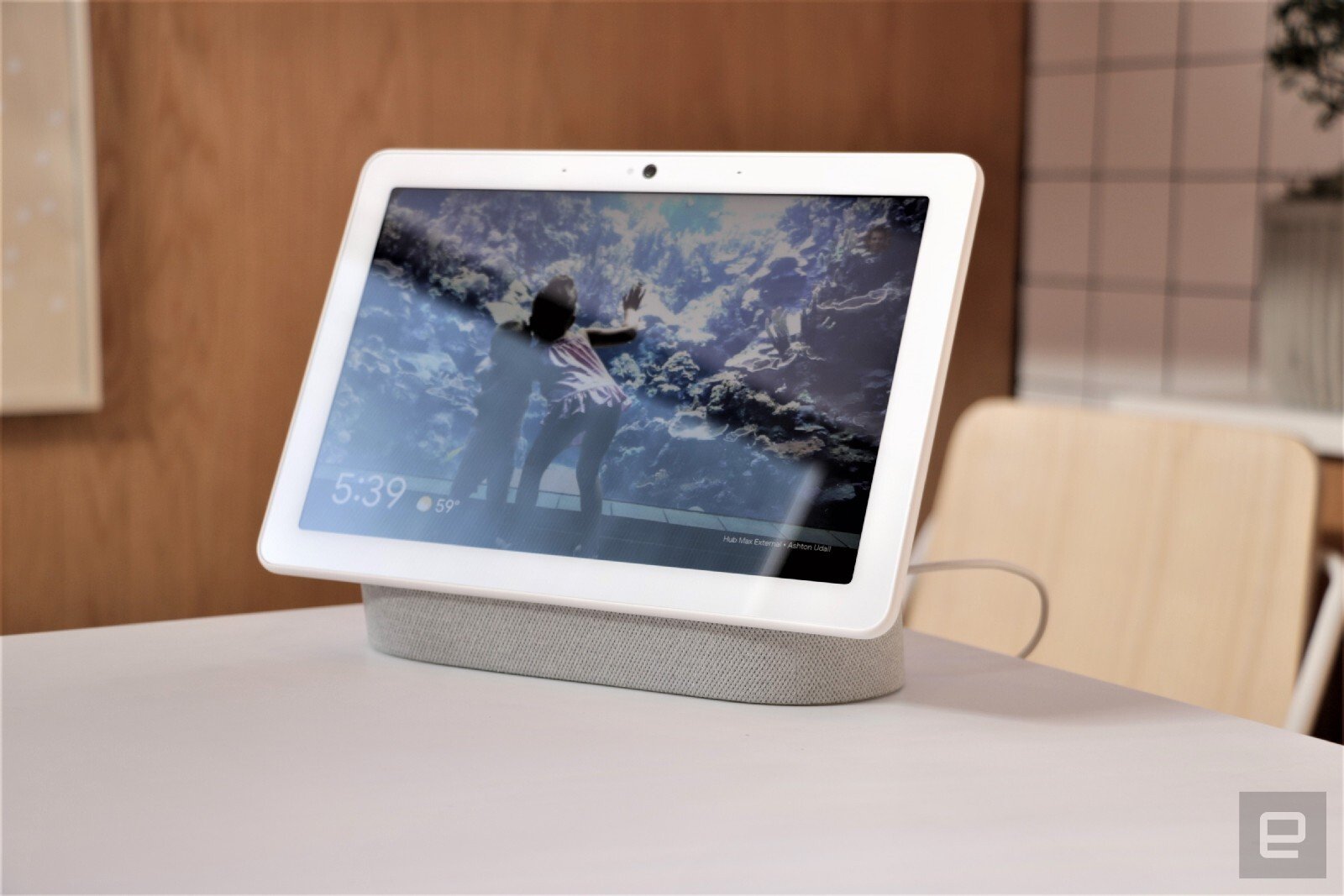 JPFeifer does a solid job of weighing the pros and the cons of this smart home device against its price and value, and provides a few suggestions for how it could be improved to be even more useful.

The display on this is excellent and likely its best selling point. The display and integration with Google Photos makes it hands down the best digital picture frame I’ve ever used. I initially bought one for my kitchen as I have a very small kitchen and the size is perfect for that scenario, but upon seeing how little light it emits when it goes into its low light mode I bought another to use as a smart alarm clock.

The idea of having an always on screen next to my bed seemed like a bad idea to me, but the light from this thing is less intrusive than most alarm clocks I’ve used. Using it in the bedroom definitely makes the lack of a camera a plus as well. Having a camera in my bedroom has always felt… unsettling… to me.