First, let’s knock off the reason why I believe the narrative seekers got it wrong, namely that both U.S. Securities and Exchange Commission Chair Gary Gensler and Federal Reserve Chair Jerome Powell, aka J-Pow, said they weren’t planning on banning it.

Sure, there has been a lot of buzz about this on social media, but I don’t think it swayed many large investors very much. The simple fact is that we already knew this.

Sure, it’s a comforting affirmation, but I don’t think many people were actually expecting a China style crypto ban in the U.S.

Much has been said about institutional adoption lately, but I don’t feel comfortable with this narrative either.

Volumes for the CME bitcoin futures were high these past few days, but not quite as lofty as they were in September when the market was selling off.

Further, over at Grayscale, we can see that the volumes for their bitcoin trust product have been in decline since the beginning of the year.

For clarity, the volume metrics for this past week are not shown on this chart.

However, even if a spike did occur, it would be difficult to make the case that institutions have been ramping up their purchases lately.

Messari data also shows that exchange volumes did surge yesterday, but the actual volume was well shy of the Sept. 7 sell-off.

So why the pump?

On-chain data, however, shows a slightly different story, with the amount of money flowing through bitcoin’s blockchain steadily rising over the last few months, and the number of transactions per day reclaiming levels not seen since May. 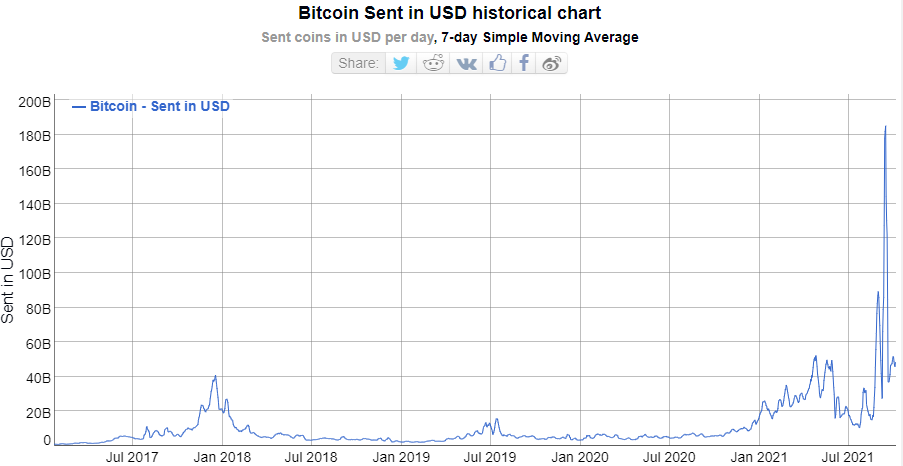 This is a clear indication that bitcoin and cryptocurrencies have been seeing increased usage in their native form.

So, in my mind, this is more about digital scarcity and increased adoption than anything else. The awareness phase is over.

Everyone who knows about economics and finance knows about digital assets. Now, we are seeing actual usage increase, gradually and consistently.

The glaring news, and the proverbial straw that broke the back of speculative traders, is the announcement that US Bank is now getting into bitcoin custody services.

AMC theaters accepting crypto is also a huge signal that retail demand to use digital currencies is particularly high.

Today, we add one more to what we believe is soon to be a rapidly growing list of retail adopters. 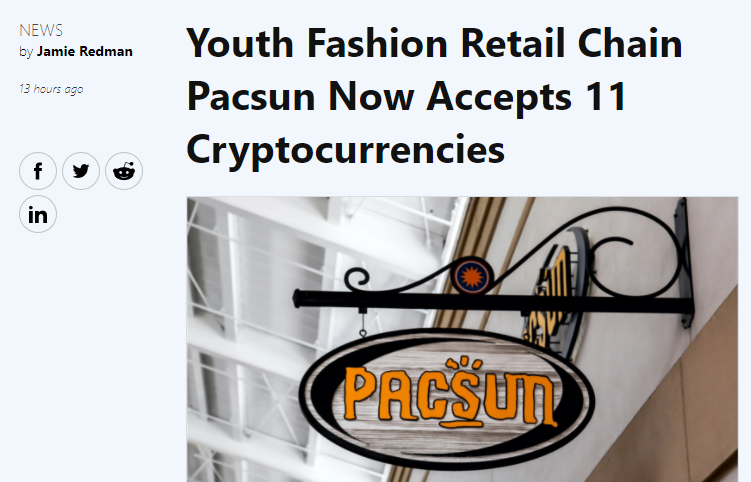 That’s roughly 400 more locations across the U.S. that will be accepting cryptocurrency as cash.

Increasingly, people are able to choose the form of money they use. Their decision is pretty clear.

Just a few more announcements like these could easily put us in striking distance of the popular $100,000 price target.