As the cryptocurrency industry has continued to evolve, various global regions have traded places on the space’s global ‘stage’–at different times, parts of North America, Europe, and Asia have been the focus of the industry; regions in South America and Africa have also become increasingly known as cryptocurrency hotspots.

However, as much as cryptocurrency has begun to gain footholds in a growing number of places across the globe, it can be argued that the cryptocurrency industry’s oldest and most powerful stronghold lies in Asia–specifically, the Asia-Pacific (APAC) region.

Eric Benz, CEO of cryptocurrency exchange Changelly, told Finance Magnates that “in the early years of crypto, it was obvious just how influential the Asian market was going to be.”

Indeed, in the past, news coming out of APAC seemed to have had a much more direct effect on cryptocurrency markets: “as the market was not as liquid as it is now, anytime there were big spikes or dips, it was usually because of news coming out of China that bitcoin was illegal or being banned.”

Benz said that nowadays, the crypto market has evolved a lot these past few years and as more businesses and use-cases continue to be developed the more stable and ‘real’ the ecosystem has become.”

Still, however, “Asian markets couldn’t be more important to the ever-evolving crypto ecosystem,” he continued, pointing to the recent effect that Chinese President Xi Jinping’s pro-blockchain remarks seemed to have on cryptocurrency markets.

The influence of APAC-based exchanges

Indeed, of the 86 crypto exchanges that listed Bitcoin (BTC) at the time, “most exchanges have legal entities in a variety of countries, but 40 of them (or about 47%) are incorporated in the Asian region.” 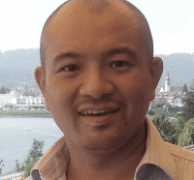 Indeed, the influence of Asian markets has increased in recent years and this region is taking the lead with growth in the cryptocurrency market,” said Charles Phan, CTO of Interdax. “Emerging markets like Malaysia and Thailand have become more receptive in recent years as China has turned a cold shoulder to exchanges.”

Phan said that “seven of the top exchanges by normalized volume (which is reported volume normalized by web traffic to an exchange for a more accurate assessment) are based in Asia.” Therefore, “Asian exchanges account for almost 60% of the cryptocurrency market’s normalized volume suggesting that Asia has the strongest influence on a regional basis.”

Based on CoinGecko’s “normalized” volume rankings, these exchanges include Bithumb (South Korea), ZBG (Hong Kong), Huobi Global (Singapore), UpBit (South Korea), ZB (Hong Kong.) CoinTiger, which ranked as #12 in terms of normalized volume at the time of writing, is based in Singapore.

Additionally, according to Best Bitcoin Exchange, “BigONE’s domicile isn’t readily apparent, but Github suggests they are British,” although the exchange was formerly headquartered in Beijing. The site also claims that most of the site’s visitors are from China, citing data from Alexa.

The truth is that it’s difficult to quantify–indeed, the locations of traders registered on cryptocurrency exchange is propriety data. However, there are still some qualitative conclusions that can be drawn.

For one thing, Mitesh Shah, founder and CEO of Omnia Markets Inc., told Finance Magnates that just like anywhere else in the world, trading volume in APAC “affects prices as fluctuation in demand can affect the supply of cryptocurrencies.” 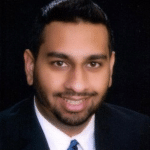 Charles Phan said that “typically, a change in trading volume precedes a change in prices, no matter where it is coming from. So if volume increases, this usually indicates that a big price move is imminent.”

“Asian traders are very active during periods of high volatility.”

John Chew, head of trading and strategy at Hong Kong-based digital asset ecosystem Nomisma, pointed to one example of this that he pbserved: “on October 25th and 26th, when the price of BTC soared 40%, Bitcoin volume in Asian exchanges was three times higher than the average, while Bitcoin volume in Coinbase was only two times higher,” he said, adding that, in his opinion, “Asian traders are very active during periods of high volatility.”

Therefore, according to Chew’s estimations, a good deal of the bull market that raged from October 25th-26th could have come from traders on Asian cryptocurrency exchanges.

Phan explained that it’s also important to note the high concentration of fiat-to-cryptocurrency trading in the APAC region: “the Japanese Yen and Korean Won are the Asian currencies with the highest share of bitcoin volume, second only to the US Dollar,” although “the majority of volume flowing to bitcoin is from Tether’s USD stablecoin, some of which could be coming from Asia as well.”

In fact, earlier this year, blockchain research firm Chainalysis published a report saying that “for Chinese exchange users, Tether has replaced the yuan as the go-to fiat currency.” 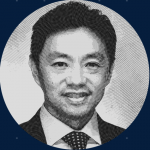 China plays a large role on the global cryptocurrency stage

Therefore, the influence of Chinese traders on Bitcoin markets could be much larger than it is expected to be–and despite the bans that the country placed on the cryptocurrency industry in late 2017, the effect is expected to be quite large.

For example, an oft-cited figure published by LocalBitcoins in 2018 places China as the country with the fifth-largest amount of BTC trading volume in the world (though the figure is quite dated at this point in time, and only takes trading activity on LocalBitcoins into account.)

However, Charles Phan said that “on the demand side, China has a large population and a growing middle class. Its economy is the largest in Asia, and is a major source of demand for bitcoin and cryptocurrencies. On the supply side, a significant portion of bitcoin mining is also done in China.”

Additionally, Phan noted that “Asia on the whole has a young population, non-restrictive regulations and a lack of interesting equity markets which are major factors for the high adoption rates and therefore, influence on cryptocurrency markets.”

The Chinese government’s stance on cryptocurrency has also been the subject of much international discussion since president Xi Jinping remarked that blockchain will be an important part of China’s future, a comment that seemed to cause the price of Bitcoin to skyrocket overnight.

Mitesh Shah pointed to another event that seemed to boost crypto prices: toward the end of October, “China reversed an earlier plan which would have banned crypto mining. This reversal was seen as a short-term win for the mining industry and also gave hope that China would be open to cryptocurrencies in a larger form.”

“Japan’s economy is also one of the largest in the world, and [the country] has one of the most progressive stances on cryptocurrency being home to 19 regulated exchanges,” he explained.

“There is also a lot of merger and acquisition activities in Japan involving big household names (e.g., Rakuten and Yahoo! Japan) who are making an entrance into the cryptocurrency exchange industry.”

John Chew also pointed out that events in Japan have also had made the country a global leader in cryptocurrency industry regulation, a factor that has had an indirect effect on cryptocurrency markets.

“In Japan, after suffering from the hack scandals with Mt.Gox and Coincheck, Japan’s Financial Services Agency (FSA) has tightened regulations in user onboarding and exchange licensing.”

“In 2018, FIU announced a series of actions on KYC/AML, including only real-name accounts can deposit to exchanges and inspection on banks providing virtual currency services to clients.” Additionally, “the Korean Government will then set up a licensing system for crypto exchanges as recommended by FATF. Small exchanges might disappear due to higher compliance standard.”

Trading volume in South Korea has been so high at times that the price of Bitcoin has become inflated on Korean cryptocurrency exchanges, though the effect of this phenomena on global markets is unclear.

Indeed, “if demand is greater in a certain country, then that will be reflected by a higher price on a local exchange as compared to the global price,” Charles Phan said to Finance Magnates. “For example, this is observed with the ‘Kimchi Premium’ in South Korea, where bitcoin was trading higher than in other markets.”

However, “the premium mainly reflects the fact that it is hard for foreigners to set up Korean bank accounts and take advantage of the higher local price.”

A correlation between BTC prices and fiat in the APAC region

There have also been noted correlations between activity in cryptocurrency markets and value fluctuations in the fiat currencies of certain countries in the APAC region–most notably, the Chinese Yuan (CNY.)

“The correlation between the price of bitcoin and the Chinese Yuan (CNY) has fluctuated over time, but has fallen to around -0.60 in recent months, suggesting some Chinese traders may be using bitcoin as a hedge against the falling value of CNY,” Charles Phan told Finance Magnates.

However, “Bitcoin is meant to be a non-correlated asset and typically has a non-significant correlation with most fiat currencies over the long term.”

“For example, in March this year, after a prolonged decline, BTC/USD was trading at around $3,800, close to its post-2017 lows, when it suddenly surged to a high of almost $13,000 in June. At the same time, the Chinese Renminbi weakened significantly,” he explained.

“USD/CNH moved from a 6 month low of 6.67 in March to a high of 6.94 in June, which is a large move for a controlled currency like the Renminbi. This suggests that currency outflows from China may be a significant driver of cryptocurrency prices.”

In what ways do you see the power of the APAC region demonstrated in the cryptocurrency industry? Share your thoughts in the comments below.