If you own a business, chances are you accept payments with credit and debit cards. Why wouldn’t you if it’s the most popular payment method in the world by far? However, it might not appear so compelling when those chargebacks start to roll in. 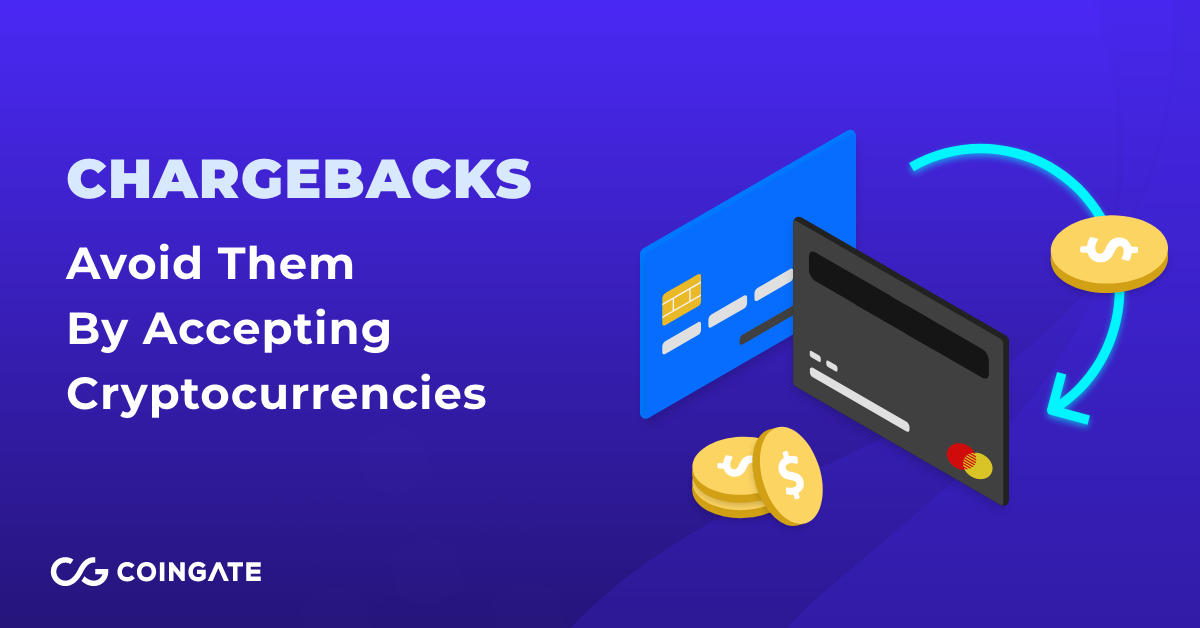 If you’re unfamiliar with the concept, a chargeback is essentially bank-initiated reversion of payment. If consumer files for a chargeback, bank pulls the funds from the merchant’s account and puts them back into cardholder’s account.

For businesses, credit card chargebacks have always been painful. But it is not without reason – chargeback policies established back in the 1970s were there first to protect cardholders from merchants that could potentially abuse the system’s flaws and not vice versa.

From the consumer’s perspective, it’s might seem like a must-have security measure – it is expected that anyone would be able to call the bank and ask to flick the “reverse” switch on credit card charges that were fraudulent.

There’s no doubt that these chargeback policies were a crucial necessity back then as they efficiently served as a fraud shield. Without them, nothing else would deter businesses from adding fraudulent charges to credit card purchases, disappearing without delivering the service or product. Also, consumers would have no way out if someone steals their credit card information.

In other words, without such a way to fix issues and prevent fraud, credit cards simply wouldn’t be safe enough to rely on daily.

As of today, chargebacks are expected and accepted as an unavoidable part of every business that processes credit card payments. But from the merchants’ perspective, this must-have security measure is not working as well as a few decades ago. The tides have turned, and the policies established years ago seem to have failed to adapt to the e-commerce climate we have today.

It turns out merchants are now seeking solutions on how to protect themselves from the damage that so-called friendly fraud is causing.

How chargebacks turn into friendly fraud

Chargebacks served quite efficiently for a long time, and, to a certain degree, they still do. Cardholders still can protect themselves in situations when merchants do not carry out their end of the bargain and refuse to give a refund, assuming you’re entitled to one. 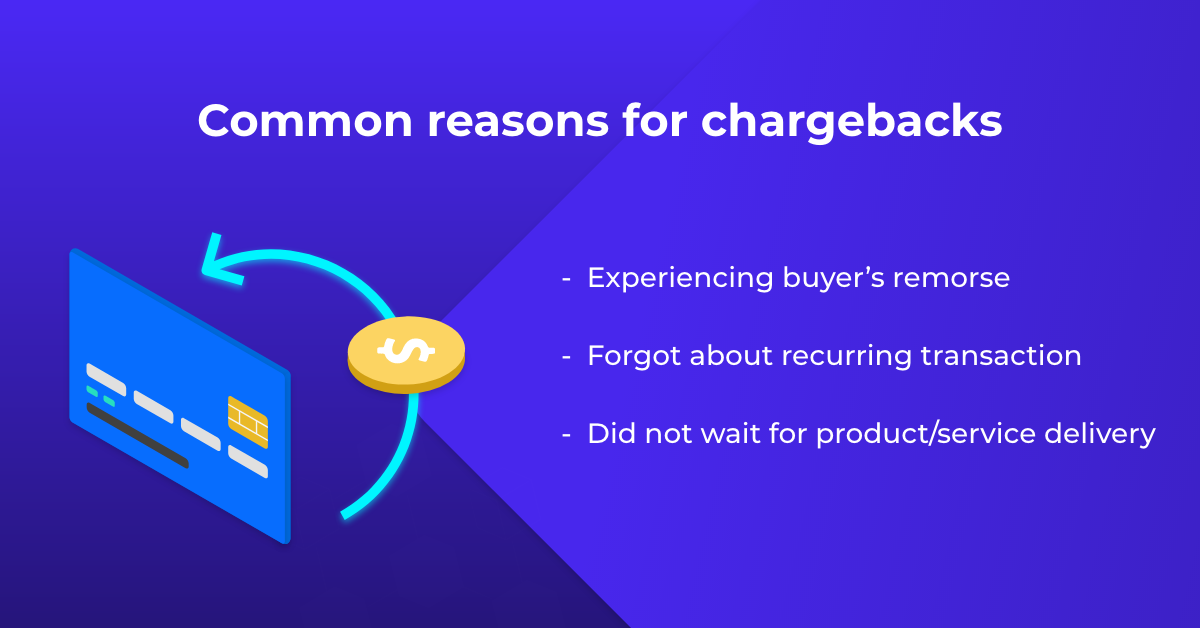 But the problem begins when lots of people can’t tell the difference between a refund and chargeback, resulting in 80% of all chargebacks being filled wrongfully. Most of these instances include a consumer calling bank for a chargeback rather than contacting the merchant for a refund, which results in (sometimes unwilling) friendly fraud.

Fighting fraudulent chargebacks is hard although necessary because each undisputed chargeback carries a hefty fine from the bank and a loss of entire profit from that purchase. If that’s not enough, when a merchant has a lot of chargebacks compared to the total amount of his orders, a credit card processor might even stop processing his payments whatsoever.

There isn’t much that merchants can do at this point but to try and dispute the chargeback claims if they know and believe they are filled for no real reason. Unfortunately, studies show that card issuers usually tend to favour consumers rather than vendors. Besides, disputes take a lot of effort and time to sort out, which might quickly get overwhelming and overall insufferable.

However, there are measures vendors can take to minimize the risks of fraudulent chargebacks (whether intentional or not), and one of them includes accepting cryptocurrencies alongside traditional currencies.

Cryptocurrency chargebacks do not exist

Once you start accepting cryptocurrency payments, chargebacks simply cease to exist because cryptocurrency transactions do not work the same way as those made with credit cards. For example, if someone makes a Bitcoin transaction, no authority can step in and stop or reverse it – once the payment is made, it is recorded on an immutable ledger and remain there forever.

It might sound like a significant drawback for consumers side, but in reality, it’s not. The reason is that there’s no way that businesses or any other entities could charge the cryptocurrency wallet against someone’s will.

Besides, we as a company do everything to protect shoppers by identifying and verifying every single company that wants to use our payment tools, which serves as another layer of protection against possible fraud cases. 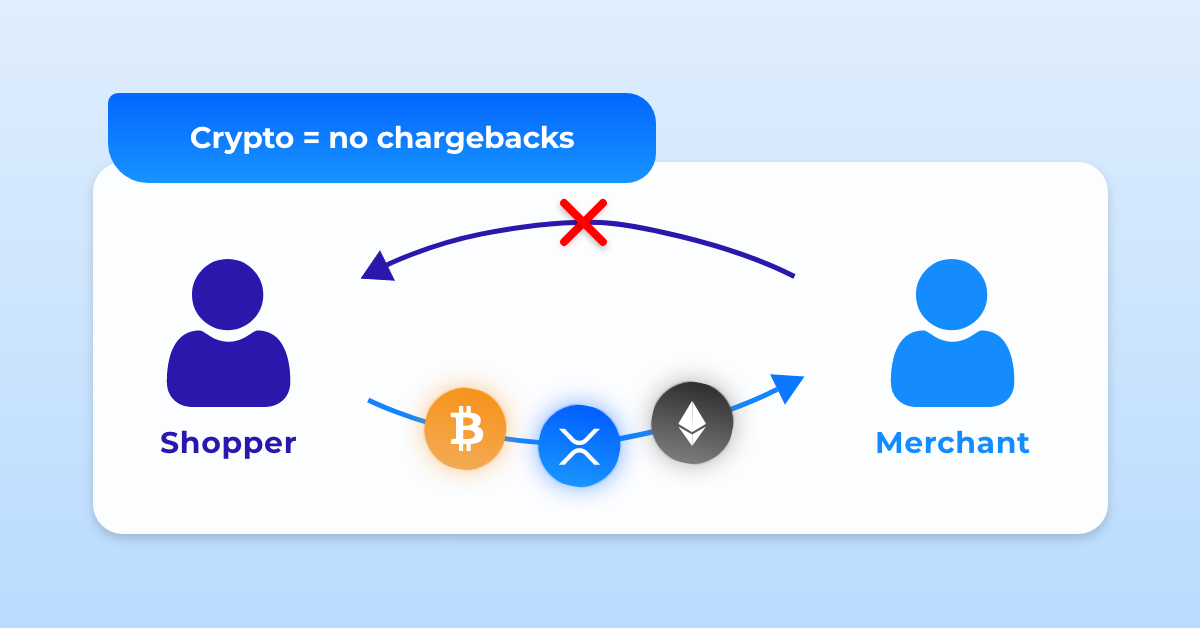 But, in general, it’s not that easy to fraudulently spend someone else’s crypto assets as you’d need access to the person’s private keys. With those two reasons out of the way, in most cases there is no need for chargeback at all as asking for a refund remains an option.

As for merchants, the main benefit of accepting cryptocurrencies is obvious. However, by implementing a crypto payment method, not only do they lift the burden of chargebacks off their back but also get to enjoy numerous additional benefits.

We talk all about those more extensively on another article of ours called Credit card vs. Bitcoin payments: what is better for merchants? Make sure to check that out as well.

Cryptocurrency payment method is an excellent addition to existing solutions

More and more people than ever prefer paying with digital assets rather than fiat currencies. Even now, thousands of businesses already use cryptocurrency payments as an alternative way of doing business and reaping the rewards for it.

However, in most cases, it is not enough to accept only cryptocurrencies if you wish to prosper as a business. However, what we see for the past ten years is that the financial paradigm is slowly but surely shifting to the economy of cryptocurrencies, and it’s just a matter of time before it becomes a norm.

Can you say that you’re prepared for it?

Here are more articles from CoinGate that might be relevant to you: