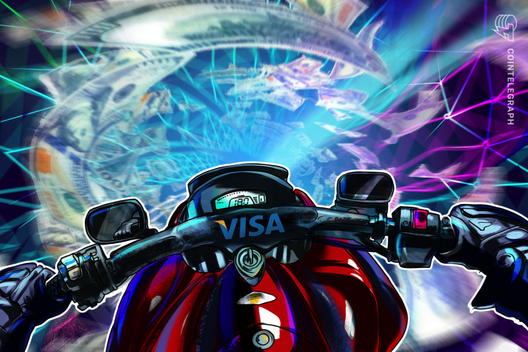 Visa Research — the research and development arm of Visa that focuses on data analytics, security and payment innovation — released a paper describing a blockchain-powered system for policy-compliant computing. The system is dubbed LucidiTEE, where TEE stands for trusted execution environments.

The system is aimed at building applications that process large data sets and are intended for serving a large number of users, without knowing in advance what users would participate and expect them to be online. LucidiTEE allows participants to jointly compute private data, purportedly providing them with transparency and control and ensuring that other parties can not observe the results of the computation.

To ensure the fairness of the computations and their compliance with policies, the system applies specific protocols between TEEs and a shared ledger, where the ledger is only used to enforce policies.

Industry players have long been concerned with the secure processing and sharing of personal data. At the BlockShow Asia 2019 earlier this month, a group of crypto industry leaders announced the creation of a protocol that aims to maintain privacy while complying with Financial Action Task Force regulation.

The whitepaper outlined a protocol that would let virtual asset service providers across multiple jurisdictions transact amongst themselves without necessarily knowing each other, and without the need to register with any central authority.

In a bid for maintaining anonymity and the protection of personal data, an anonymous organization dubbed “Unknown Fund” recently announced plans to give away $75 million in Bitcoin (BTC) to privacy-dedicated startups.