There are many ways in which cryptocurrency trading resembles the traditional ones, but there are just as many differences, as well. That’s why it’s possible to use regular definitions, but they need to be appropriately adjusted and related according to the specifics of cryptocurrencies.

Price gaps, for example, are something seen quite regularly within traditional markets, and we can already see them becoming a factor to consider when it comes to Bitcoin price analysis as well.

What Are Price Gaps?

A gap is an area of the chart where an asset’s price either rises or falls from the previous day’s close without any trading occurring in between.

Most people who are aware of Bitcoin would rightly assume that this cannot happen with the largest cryptocurrency by market cap. After all, the crypto market doesn’t stop trading on Friday – it’s a non-stop 24/7 showdown.

Here’s where Bitcoin’s growth over the last few years comes to play.

Back in 2017, Bitcoin reached nearly $20,000 in a parabolic rally, which caught the attention of the world. Not only investors were interested in it, though, as so were other major institutional players in the world of trading.

Approximately at that time, two new Chicago based brokers launched for Bitcoin futures – allowing contracts to be cash-settled against the USD. The first came on behalf of the Chicago Mercantile Exchange (CME) and the second from the Chicago Board Options Exchange (CBOE).

Because CME and CBOE are regulated establishments, they operate and trade between certain hours within the weekdays. While the latter no longer offers Bitcoin futures, the former does, and it has its working hours – Sunday through Friday, from 5 p.m. to 4 p.m. US central time.

Even though CME closes every week on Friday, Bitcoin doesn’t stay still. Some of the most dramatic volatile price actions appear precisely on the weekends. So what happens in case there is arbitrage that creates those price gaps? 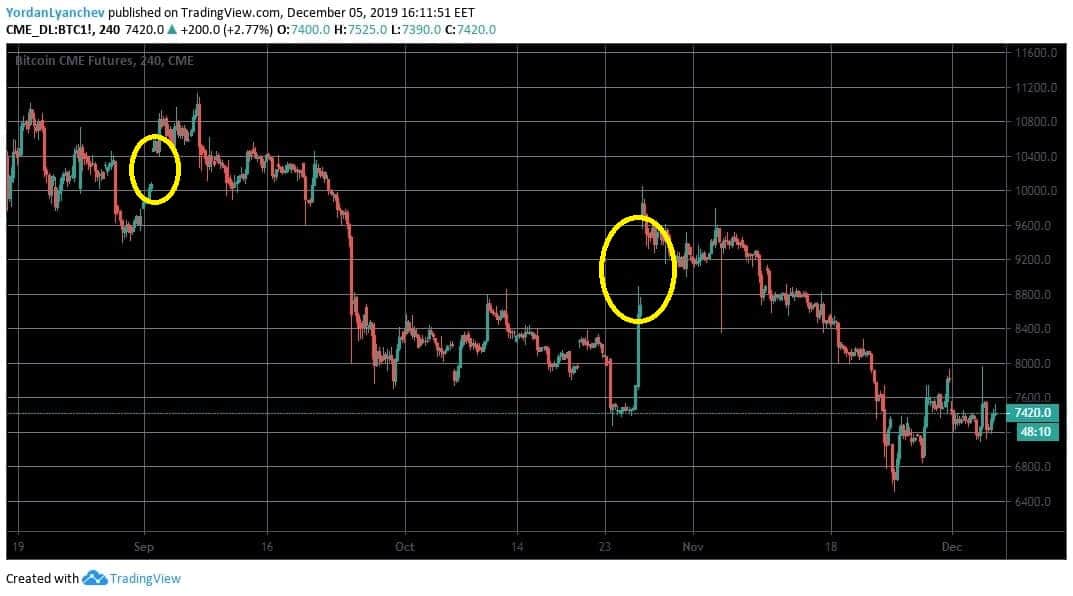 As we can see in the example above, several weeks ago, a notable gap appeared when Bitcoin skyrocketed to over $10,000 in just a few hours. Another gap that can be spotted from September when CME closed at $10,150 and had to open at over $10,400 on the following Monday. So what happens in such cases?

While there are a few cases when gaps remain open, most times, they close sometimes in the following short-term future. A very comprehensive thread shows that out of 100-weekend gaps, 95 filled or closed. According to the stats, 50 closed on the opening day and 28 within the same week. 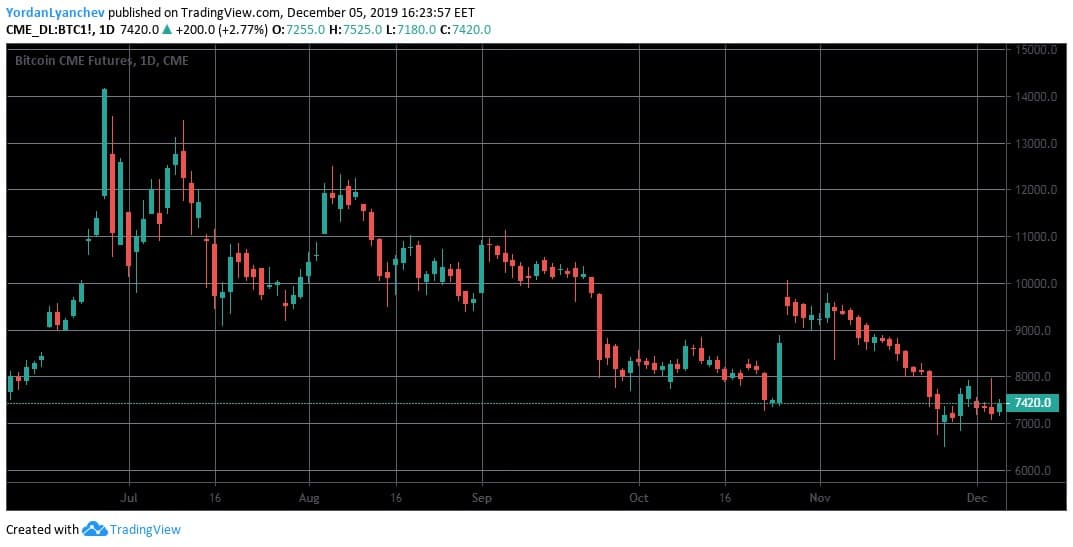 On the daily chart, we can notice several examples of how the price has closed the previous gap. Sometimes it’s even by a sudden sharp movement that results in a candle’s wick, while other times, the price fills the gap.

Why Price Gaps Get Filled?

There are a few possible explanations of why most gaps get filled. For starters, if the spike was too optimistic or pessimistic, it may lead to a correction. Another possible reason might come if the price action was quite sharp, then it doesn’t leave any support or resistance, making the correction more likely to happen and thus fill the open gap.

This question could be accepted as a gray area among the crypto community. While there’s no hard evidence that Bitcoin’s price is directly affected by the gaps, lots of people in the community seem to believe so.

Especially in cases where the price on CME Bitcoin Futures chart flash crashes in just seconds, some of the most notable analysts in the industry argue for possible manipulation.

I cannot believe how crazy trading BTCUSD on the short term is right now. The gap on the CME has filled already. It’s thinly traded yes. But man, I’m highly suspicious of the price action across all the exchanges of late, more so than usual. https://t.co/M3Pf4Cmksq

When looking at these gaps, one might conclude that they will be filled quickly within the next few days. Some traders are even relying on this as a strategy to incorporate when analyzing the charts. However, this could be quite a dangerous endeavor, if not executed properly.

Within the traditional market, it could be more transparent. For example, some traders might be buying a stock in the after-hours’ trading if the company releases a positive earnings report, and they expect a price increase. But since Bitcoin doesn’t stop trading on other exchanges, this could be trickier in the cryptocurrency world.

From a technical point, when a significant gap appears, it removes the immediate support or resistance, and the gap is more likely to fill.

Gaps occur when the price of an asset opens higher or lower after the last trading day. They started appearing on the chart of the largest cryptocurrency after CME launched Bitcoin Futures contracts in late 2017. As per the charts, most gaps are filled within the first week, but there’re cases when they are left open. While they may seem like an easy and profitable trade, the risks should be considered as well.

Click here to start trading on BitMEX exchange and receive 10% discount on fees for 6 months.