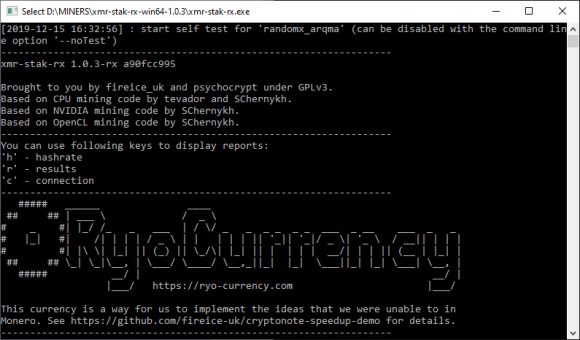 The XMR-STAK-RX RandomX miner has been updated to version 1.0.3 bringing some performance improvements for both Windows and Linux, some fixes and also support for the RandomX ArQmA algorithm. With this addition XMR-STAK-RX does come with full RandomX algorithm support like the alternatives SRBMiner-Multi and XMRig that already had support for the algorithm that ArQmA uses now. Unfortunately performance wise XMR-STAK-RX may still need a bit more to catch up to the alternatives, even with the fact tat there is developer fee at all for this miner. We remind you that out of the RandomX and RandomX-based algorithms the one used by the ArQmA (ARQ) project is doing best in terms of performance on Intel CPUs lagging in terms of performance just a bit behind the AMD Ryzen.

– To download and try the newly released XMR-STAK-RX 1.0.3 for RandomX mining…